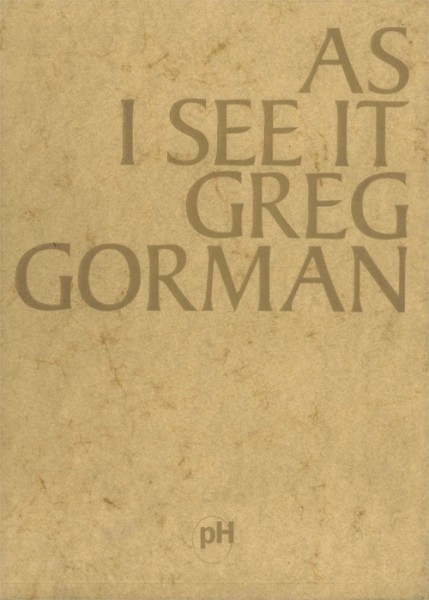 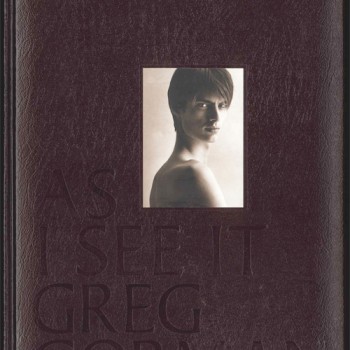 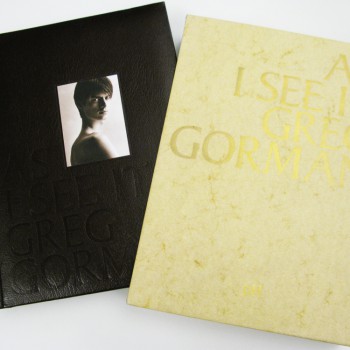 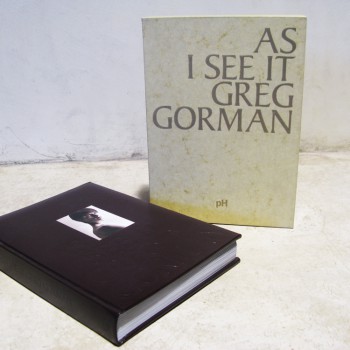 INCLUDES AN ARTIST-MADE DELUXE SLIPCASE CONTAINING THE BOOK, SPECIALLY BOUND WITH PADDED LEATHER AND A TIPPED-ON PHOTOGRAPHY OF THE ARTIST’S CHOOSING, AND A 7.5 X 9.5 INCH SILVER-GELATIN SIGNED AND NUMBERED PRINT

Three years ago, photographer Greg Gorman created for powerHouse Books the most personal work of his career. This epic artist’s project features carefully selected young men—not big or overly built—who exemplify for Gorman a perfected state, allowing him to frame grace, beauty, and elegance in the form of the male nude. Included amongst the 212 portraits are many of Gorman’s friends and acquaintances, as well as professional models, many of whom had never posed nude before. The initial release of the book went on to become a best-seller.

The cumulative effect of As I See It creates a pleasurable zone of contemplation, allowing one to reexamine the precepts of beauty within a refreshing framework of exalted maleness. According to Gorman, “As I see it, they’re not really boys, yet they’re not really men. They are caught somewhere in between—almost at that point of maturity that defines masculinity.”

“The display of the male body has been fraught with significance for centuries….Gorman portrays the male body without stripping it bare of power or poignance. It’s a new approach to an old, old idea.”

Greg Gorman’s books include Just Between Us (Arena, 2002), Perspectives (Leonardo Arte, 1999), Inside Life (Rizzoli, 1997), and Greg Gorman: Volume II (Treville, 1992). Gorman has taught at the Santa Fe, Toscana, and Albion River Inn photographic workshops. He has lectured at UCLA, the International Center of Photography, the University of Southern California, the University of Kansas, the Brooks Institute of Photography, and IADL in Lisbon. A native of Kansas City, Gorman lives in Los Angeles.

Elton John, an avid collector of photography and a pop star with more than fifteen number one albums and even knighthood under his belt, is one of the most widely loved and commercially successful entertainers of the last thirty years.

John Hurt, the two-time Academy Award–winning actor, is internationally renowned as one of the best stage and film performers of our time. Included in his more than one hundred film appearances are the classics A Man For All Seasons, The Elephant Man, and Harry Potter and the Sorcerer’s Stone.