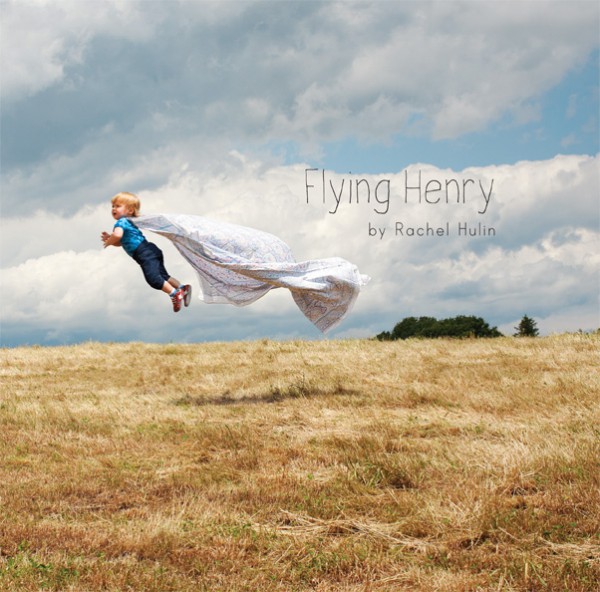 A fantasy children’s book intended for infants and toddlers, Flying Henry follows the story of a baby who develops a magical ability to fly. Aware of his rare gift, he soars through his home, into nature, and unfamiliar places testing the limits of his new skill by examining the world around him from the sky and embarking on great adventures. But, eventually he learns he’d rather keep his flights closer to home until he’s bigger.

Realistic looking flight rendered by artist Rachel Hulin with the willing support of her son, Henry, is an exceptional addition to the genre of photographic children’s books and will appeal to adults as well. Flying Henry is a unique combination of the artfully posed adorable baby classic, as seen in Anne Geddes work, and Jason Lee’s quirky and hilarious internet-famous photographs of his daughters.

Rachel Hulin is a photographer and writer based in Providence, Rhode Island and New York City. Her work has been shown at ICP, Jen Bekman Gallery, The Bronx Museum of the Arts, Wallspace Gallery, and The New York Photo Festival. Her writing about photography has appeared in The Huffington Post, The Daily Beast, PDN, and The Photography Post, which she co-founded in 2010. She has a BA from Brown University and an MA from NYU. She lives with her husband and son Henry in a former seltzer factory and likes to help Henry fly.