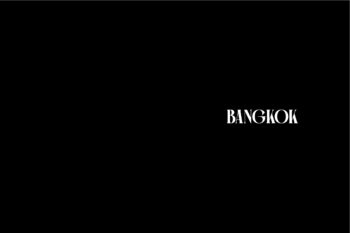 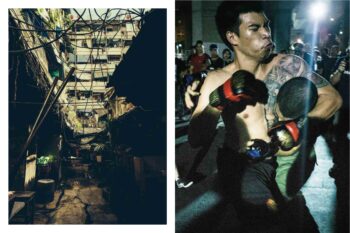 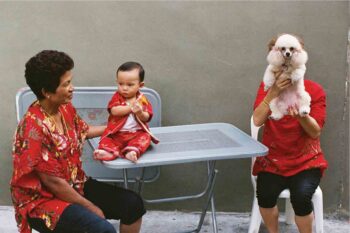 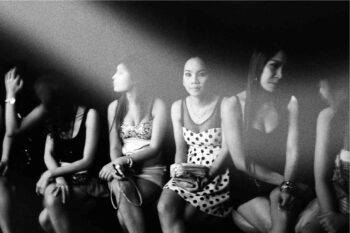 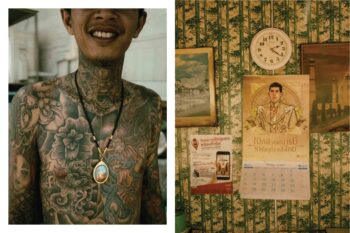 “What comes to mind when you think of Thailand? For many, it’s The Land of Smiles, but that couldn’t be further from the truth,” argues Boogie, “at least when you take the time to scratch beneath the surface.” After extensive research, the acclaimed street photographer took ten long trips to the country, where he quickly immersed himself in the underbelly of its street culture.

“On one hand you have people doing whatever it takes to save their face, trying to look right at all times, avoiding any, any kind of confrontation; going as far as to tell you ONLY what you want to hear, even if they don’t mean it, even if it’s not true,” concludes Boogie. “But on the other hand, there is rampant prostitution; underage girls are sold into it by their families…Visually, it’s just stunning. Food is also amazing. And the fact that most people don’t speak English, or are too shy to even try, makes it even more interesting. Different planet…”

Documenting daily life in Thailand’s bustling capital, Boogie uncovers, with his raw aesthetic, a bleak reality, an often unseen side of its ever-smiling inhabitants. This is the latest installment in a photography icon’s lifelong exploration of humanity.

Born and raised in Belgrade, Serbia, Boogie began photographing rebellion and unrest during the civil war that ravaged his country during the 1990s. Growing up in a war-torn country defined Boogie’s style and attraction to the darker side of human existance. He moved to New York City in 1998. He has shot campaigns for high-profile clients and has been published in top fashion publications around the world, and has exhibited widely in the U.S., Europe and Asia. Boogie lives and works between Brooklyn and Belgrade, and is the author of some nine influential photo books, among them is It’s All Good (2006, updated 2016), Boogie–the Limited Edition (2007), Belgrade Belongs to Me (2008), and Moscow (2019), all with powerHouse Books.

Tracy Quan‘s third novel is Diary of a Jetsetting Call Girl, set in Provence and praised in The Nation as a “deft account of occupational rigors and anxieties before the crash.” Quan’s debut, Diary of a Manhattan Call Girl, and the sequel, Diary of a Married Call Girl, are international bestsellers. She has written for many publications including Cosmopolitan, Marie Claire, Financial Times, New York Times, Truthdig, Reason, and The Daily Beast. She is based in New York.