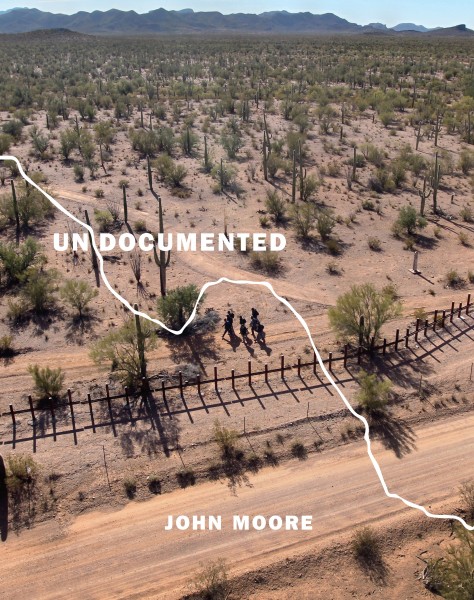 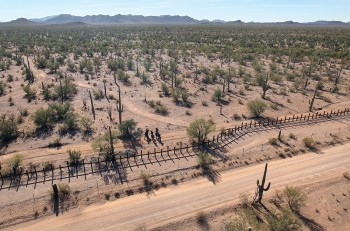 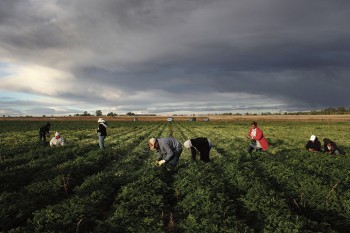 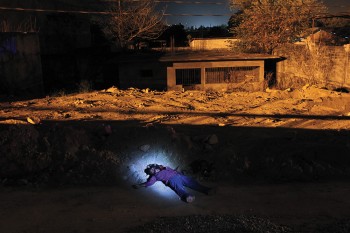 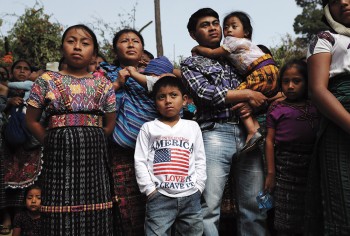 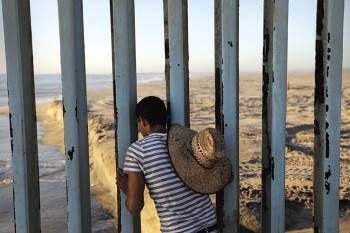 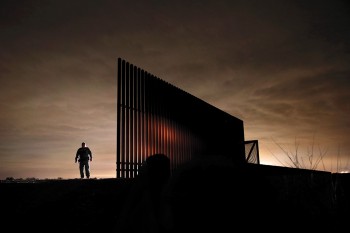 With every effort to be an all-encompassing document of the subject of immigration along our southern border, Undocumented features: essays and photos from Central America and Mexico; The Journey North; The Border; Securing the Frontier; Life in a Divided Nation; Detained and Deported. Undocumented also features several portrait series, including undocumented migrants, prisoners in immigration jails, and new American citizens.

Since 2010 Getty Images special correspondent John Moore has been laser-focused on the issue of immigration to the United States. He is unmatched in the field for his comprehensive photography of undocumented immigration and the militarization of the U.S.-Mexico border. This complex, multi-layered, and amazingly controversial narrative has taken Moore from Central America through Mexico, along every mile of the U.S. southern border, the northern border and immigrant communities in between. Moore’s exclusive access to immigrants on all points of their journey, ICE agents, Border Patrol agents, the USCIS and dozens of NGOs here and abroad sets his photographs apart from all other work on the controversial subject.

Moore’s most recent work includes detentions and increased deportations under the Trump Administration and the resulting widespread fear in the immigrant community in the United States. For its broad scope, compassionate telling and rigorous point of view, this body of work is the essential record on this dominant US domestic topic.

John Moore has worked in more than 70 countries on six continents for more than 25 years. In 2015 he became Getty Images’ first Special Correspondent and Senior Staff Photographer.

He first joined Getty Images in 2005, following more than a dozen years based internationally for the Associated Press, much of it in Latin America. During his career with Getty Images, he has photographed throughout South Asia, Africa and the Middle East. While based in Pakistan, he documented the assassination of former Prime Minister Benazir Bhutto. He has spent much of his time in conflict zones, including the U.S. wars in Afghanistan and Iraq. Since moving back to the United States in 2008, Moore has photographed domestic issues such as returning veterans and the foreclosure crisis. In 2010 he began focusing on immigration between Latin America and the U.S, which has led to this book, Undocumented.

Moore has won top photography awards throughout his career. He has been honored four times from World Press Photo for work both domestic and international. The Overseas Press Club presented him the Robert Capa Gold Medal for his work in Pakistan and the John Faber Award for his work in Congolese refugee camps. Pictures of the Year International and the National Press Photographers Association have named him the Photographer of the Year. He was part of the AP team that won the 2005 Pulitzer Prize for Breaking News Photography for coverage of the war in Iraq, and as a Getty staffer he was a finalist for the 2012 Pulitzer for Breaking News Photography for his photos of the Arab Spring. Moore’s work on the Ebola crisis was honored with the top awards from Days Japan, CHIPP in China and the Sony World Photography Organization, which named him the 2015 Photographer of the Year. Moore is a 1990 graduate of the University of Texas at Austin with a bachelor’s degree in international communications.