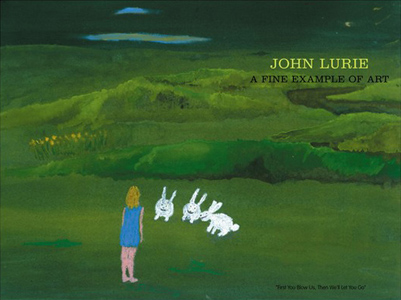 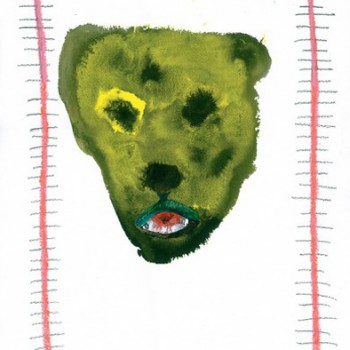 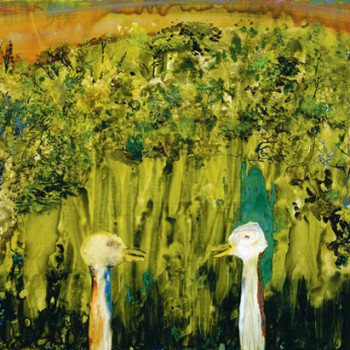 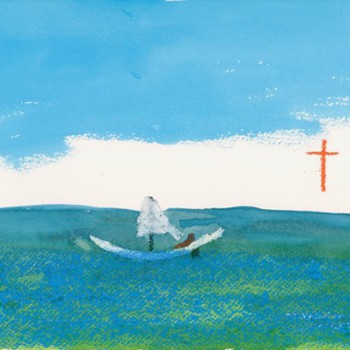 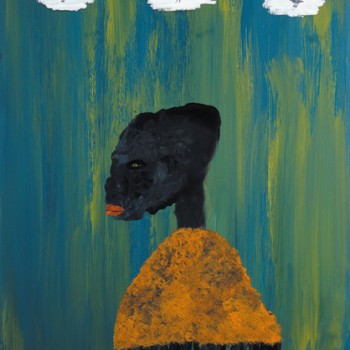 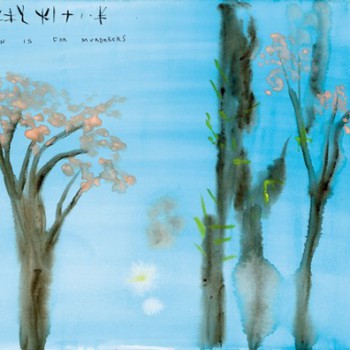 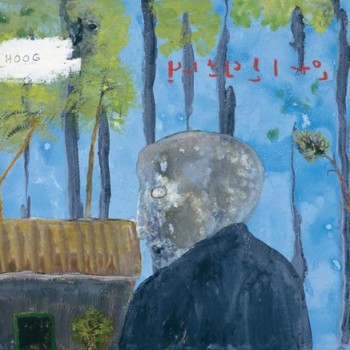 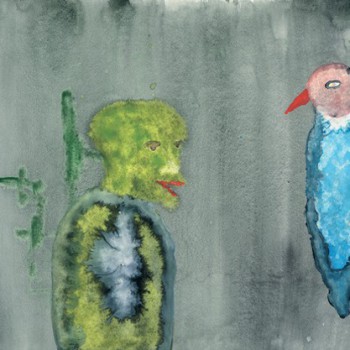 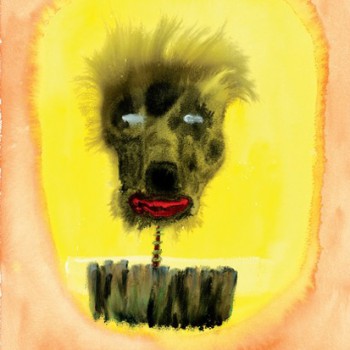 A modern-day shaman, Lurie leads us on a vision quest through the annals of our collective history, and on to a broader world. Alternatively exposing or addressing the larger, enduring myths of our culture through sketches of seemingly lost childhood reveries, this first compilation of ex-downtown indie art, film, and music god John Lurie’s paintings presents his would-be musings in a new, interpretive storytelling—haunting, poignant, or puerile as the outcome may ultimately be. The paintings are passages from the semiotics of his own mind: the enduring stories and images are seized upon then captured to communicate Lurie’s cryptic symbolism. The visions are of a perverse adult playground, peopled not by men and women in conventional adult roles or scenarios—at the office, home, or on vacation—but rather animals in new contexts, a reversal of the personification found in stuffed animals and bedtime stories. The titles or incorporated language and text are too simple for revelation, even too brief for a Lurie brand of dreamscape Americana, and function as a complicating punch. He broaches necessary questions in perhaps the only way we can access them—by the alarming surprise of his simplicity, and the non sequiturs in association with his symbolism.

John Lurie—musician, actor, producer and, most recently, exhibiting painter—was born in Minneapolis in 1952. Having first emerged in the late 1970s as a saxophone player leading the avant-garde New York jazz group the Lounge Lizards, Lurie has since established himself time and time again as a formidable presence in the New York cultural scene. Recognizable from his scoring and acting, Lurie has scored over 20 films and starred in several cult film and TV classics, including Stranger than Paradise, Down By Law, and Fishing with John, which he also wrote and directed. He was nominated for a Grammy award for the score of Get Shorty. Lurie has been a visual artist since the 1970s, and has exhibited his works at Anton Kern Gallery and Roebling Hall, New York, Galerie Daniel Blau, Munich, Galerie Gabriel Rolt, Amsterdam, Galerie Lelong, Zurich, the Montreal Musuem of Fine Arts, and in 2008, the new Museum of Modern Art, Luxembourg. In 2006, P.S. 1 Contemporary Art Center hosted Lurie’s first solo museum exhibition, John Lurie: Works on Paper.

Glenn O’Brien has written for Rolling Stone, Oui, Artforum, Spin, Vanity Fair, Italia, Paper, and L’Uomo Vogue, but his earliest gig was as the editor and art designer at Andy Warhol’s fledgling project Interview. In 1976 he formed the band Konelrad, which played the CBGB circuit as the world’s first socialist-realist rock band. He spent the late 70s and early 80s launching Glenn O’Brien’s TV Party on Manhattan Cable TV’s public access channel and writing and producing Downtown 81, starring Jean-Michel Basquiat. He currently serves as the creative director of Barneys Advertising, created advertising for such clients as Calvin Klein, Ian Schrager Hotels, Swatch, Dior, Nike, Armani, Fila, Rock the Vote, among many others. His books include The Style Guy, Soapbox (essays), and the poetry collection Human Nature (dub version). He is editor of the literary magazine Bald Ego and has a novel forthcoming.

Steve Buscemi is an actor best known for his supporting roles in films including Reservoir Dogs, Fargo, and Con Air. He has also received acclaim as a leading man, notably in Terry Zwigoff’s Ghost World, and as a director, including work on HBO’s Oz and The Sopranos, and the upcoming feature film Interview.

Carter Foster became the first Curator of Drawings for the Whitney Museum of American Art in early 2005. Prior to that, he was Curator of Prints and Drawings at the Los Angeles County Museum of Art, and served on the staff of the New York Public Library.

Flea is the bassist for the Red Hot Chili Peppers. He has also had memorable roles in a number of films, including The Big Lebowski and Back to the Future Part II.

James Nares is a painter who has had major exhibitions at Michael Kohn Gallery, Los Angeles, and Paul Kasmin Gallery, New York, and whose work has been reviewed or featured in The New York Times and The Village Voice. Born in London, he has lived in New York since 1974.

Stéphane Aquin is Curator of Contemporary Art at the Montreal Museum of Fine Arts. He has co-curated major exhibitions at the museum, including Sound and Vision and Global Village: The 60s, and has served since 2004 as a juror for the Sobey Art Award.