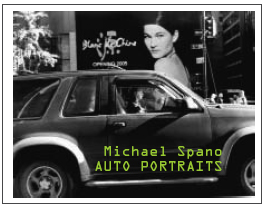 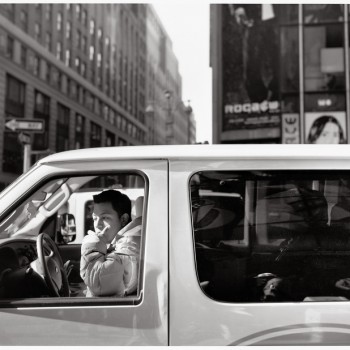 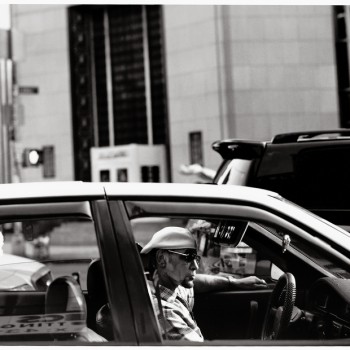 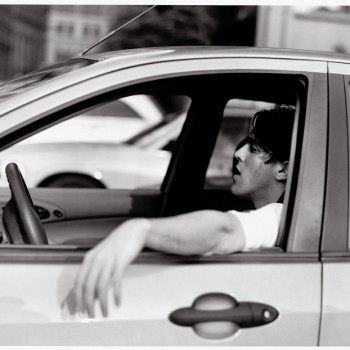 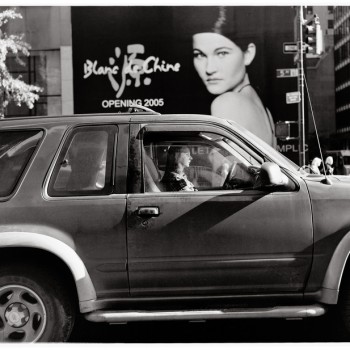 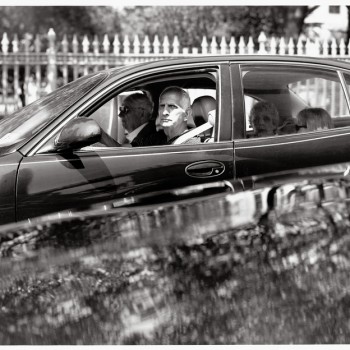 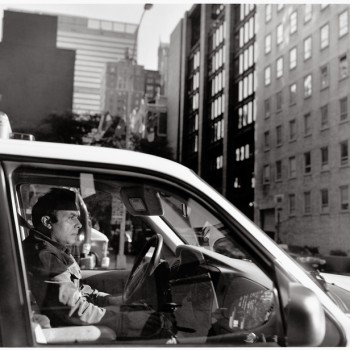 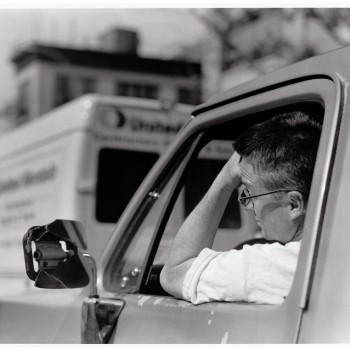 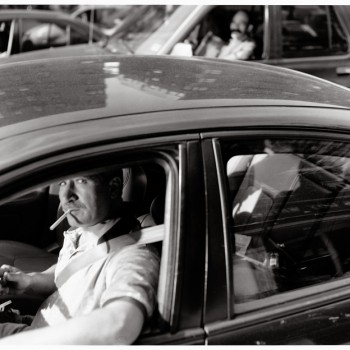 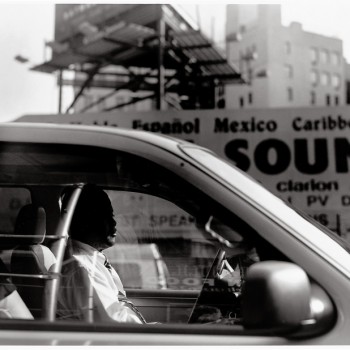 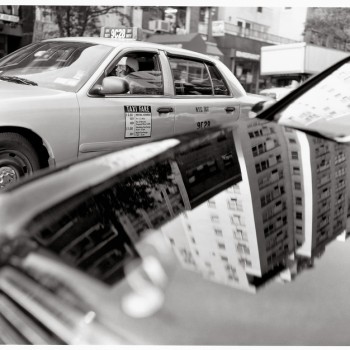 “If Spano looks a bit conventional this time around, it’s only
because he’s already made some of the most inventive
photographs of the urban scene since Ray K. Metzker and
Lee Friedlander staked their claims to the territory. Still,
there’s plenty of his trademark layering, disjunction, and sly
wit in these big black-and-white pictures of people in their
cars, and their straightforward framing can barely contain the
chaos. In the best shots, drivers are seen in profile, focused
and oblivious but bombarded from all sides with billboards,
signs, graffiti, reflections, and encroaching traffic. Security
is an illusion, and the automobile has rarely looked so
aggressive or vulnerable.”
The New Yorker

Automobiles, trucks, and SUVs make their way through
Manhattan traffic on a daily basis, clogging the streets and
thoroughfares with a constant barrage of noise and pollution,
energy and motion. In his second powerHouse Books
release, photographer Michael Spano concentrates on the
person behind the wheel, honing in on facial expressions
and upper-body positions trapped within, yet protected by,
the rigid structure of the automobile. Streamlined windows
accentuate profiles, highlighting a range of emotions as
motorists encounter unavoidable traffic congestion. Auto
Portraits describes a private sphere within the public
space, where people waiting at red lights or stuck in traffic
are seemingly in a deep thought beyond the ever-present
gridlock. Relaxed, drivers appear unaware of the busy
metropolis, revealing a segment of contemporary American
car culture grounded in the urban locale.

Michael Spano, former director and curator of the nonprofit
Midtown Y Photography Gallery, holds an MFA from Yale
University and currently teaches at Sarah Lawrence College.
The author of Time Frames: City Pictures (powerHouse Books,
2002), Spano is the recipient of many honors and awards,
including fellowships from the New York Foundation for
the Arts, CameraWorks, and the John Simon Guggenheim
Memorial Foundation. Spano has exhibited his work at
The Museum of Modern Art, the Cleveland Museum of
Art, Harvard University’s Fogg Museum in Cambridge, The
Museum of Contemporary Photography in Chicago, and the
Los Angeles County Museum, among others. Represented
by the Laurence Miller Gallery, New York, Spano’s work is
featured in the collections of The Museum of Modern Art,
the Whitney Museum, and the Brooklyn Museum of Art, New
York, the Cleveland Museum of Art, the Boston Museum of
Fine Art, and the Art Institute of Chicago. He lives and works
in New York City.