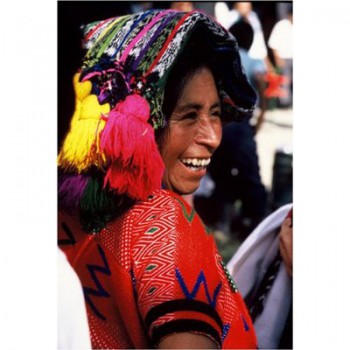 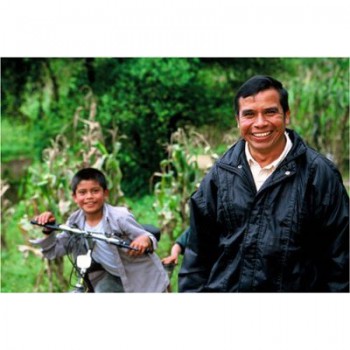 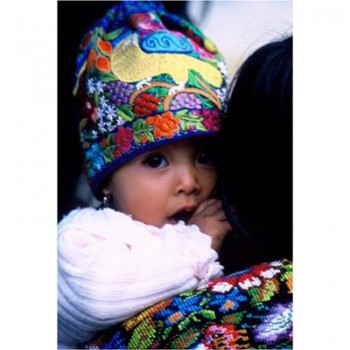 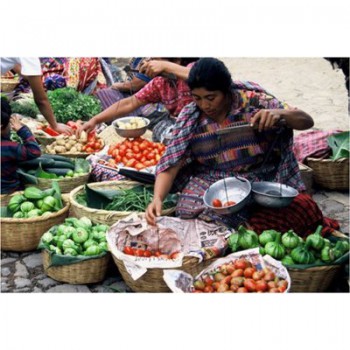 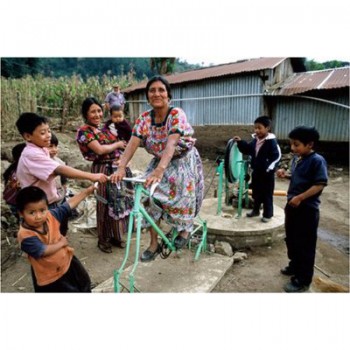 The joyful cacophony of color that envelopes visitors to Guatemala may seem misplaced at first. After all, the nation has only recently emerged from a 36-year civil war that destroyed its infrastructure and claimed more than a million lives. But to the authors of ¡Viva Colores!: A Salute to the Indomitable People of Guatemala, it is a vivid expression of a 1,500-year-old spirit that refuses to die.
Photographer Paola Gianturco and writer David Hill offer inspirational profiles of a people who have endured and, indeed, gained strength, thanks to the bounty of their land, their beliefs, traditions, and kinship with one another. People like Luis.

Luis was orphaned as a small child. The aunt and uncle who took him in sent him into the streets to hawk trinkets and cadge pesos from tourists. He quickly figured out that he could do better if he learned the tourists’ language, so he taught himself English. At 18, he became a licensed tour guide. Five years later, he was begging again, a homeless panhandler, brought low by demon rum. Then he found AA, which helped him get sober and gave him a reason to live. He traveled his country, launching AA programs. Today, he’s a doting grandfather and popular tour guide. Luis’ story is but one of many Gianturco and Hill have discovered in their travels through Guatemala. Readers of their book will enjoy—and be inspired by—many more.

Paola Gianturco’s work has been exhibited by the United Nations; the US Senate; the Smithsonian’s Folklife Festival; Chicago’s Field Museum; San Francisco’s International Museum of Women; and Los Angeles’ Norton Simon Museum; and has been published by magazines and newspapers across the United States and abroad. Her first book, In Her Hands: Craftswomen Changing the World (powerHouse Books, 2000), showed how craftswomen in 13 countries were affecting their families and communities. In Celebrating Women (powerHouse Books, 2004) she introduced readers to festivals in a dozen countries that celebrate women’s qualities and achievements. For more information on Gianturco and her work, visit www.PaolaGianturcoAuthor.com

David Hill helps create communications strategies for heads of for- and non-profit organizations, then creates the communications these strategies call for—ads, annual reports, articles, billboards, brochures, speeches, and websites. He co-founded Saatchi Corporate Communications in 1978, and headed it until 1993. He is the author of Great Corporate Ads Are Made Not Born (Dancer Fitzgerald Sample, Inc., 1979); Getting Heard, The Science and Art of Effective Communications (Lakewood Publishing, 1997); many magazine and newspaper articles and op-eds; and several corporate films. He holds a degree in Latin American history and a lifelong fascination with Latin American affairs.