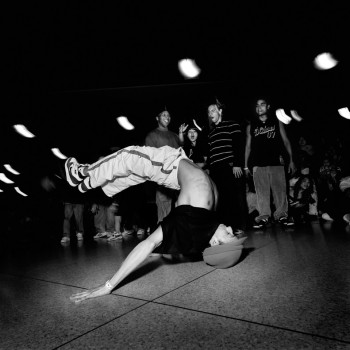 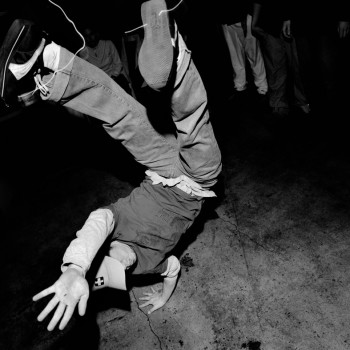 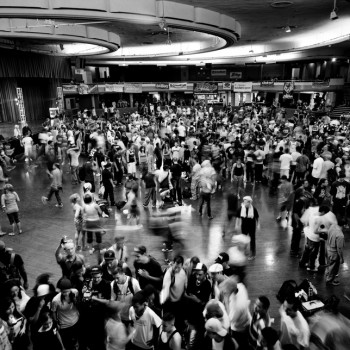 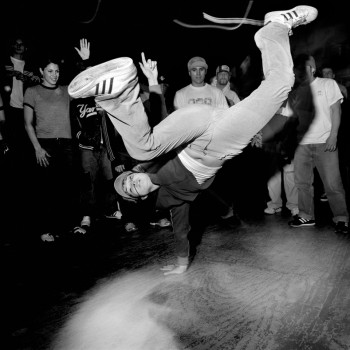 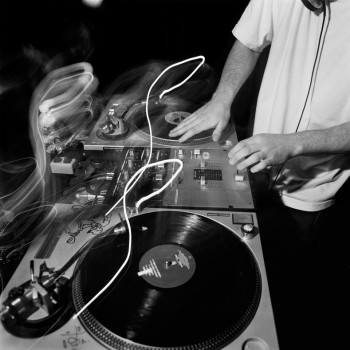 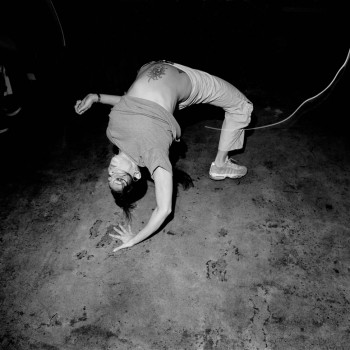 Acclaimed rock photographer Charles Peterson is back with
a new subject—the world of contemporary breakdancing.
B-boying, as it’s referred to by its adepts, centers around
the “cypher” (circle) created when b-boys and b-girls gather
to practice or to “battle.” Bigger and badder than ever,
breakdancing has grown since its beginnings in the 1970s to become a global youth phenomenon today. Yet it
remains a highly individualized practice—all one needs to get
down are some beats and a smooth floor (and, of course,
scads of strength, style, and brio).

With Cypher, Peterson takes a fresh look at this phenomenon
with his own brand of fine-art documentation: part Larry
Fink, part Barbara Morgan, with a heaping dose of the spirit
that defined his previous powerHouse monograph, Touch Me
I’m Sick. He focuses not only on some of the most radical
performances by today’s most talented breakers, but also on
the fans, the sidelines, and the camaraderie of the crews in
order to put you inside the world of the b-boy.

Taken primarily with cumbersome medium-format cameras,
the photographs have the depth and resolution normally
associated with high-end fashion and portrait photography—
even when the subjects are caught spontaneously in mid-air!
Despite the awkwardness of the method, the photos still
have all the buzz and excitement found in Peterson’s iconic
images of the grunge movement, with an added twist of
unexpected elegance.

Cypher was shot over a period of six years, primarily in
Peterson’s hometown of Seattle, as well as at major events
over the last few years in Los Angeles, New York City, and
Portland, Oregon.

Charles Peterson is best known for his documentation of
the music phenomenon known as grunge, culminating in the
critically acclaimed monograph Touch Me I’m Sick (powerHouse
Books, 2003). Peterson’s photographs have graced hundreds
of record covers and appeared in publications worldwide
including the Village Voice, NME, The New York Times,
Mojo, People, Rolling Stone, Spin, Entertainment Weekly,
The Independent, Guitar World, and Newsweek. He is the
author of Screaming Life(Harper Collins, 1995) and Pearl Jam:
Place/Date (with Lance Mercer, Rizzoli/Vitalogy, 1997), and
his photographs are featured in the permanent collection
of Seattle’s Experience Music Project (EMP). His work is
represented by Getty Images and Retna Ltd.