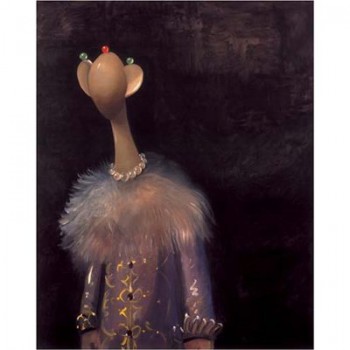 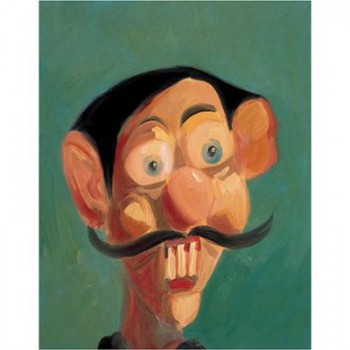 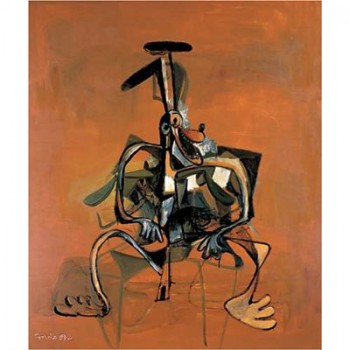 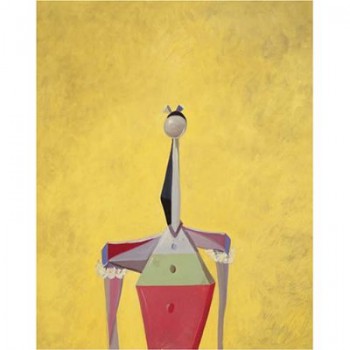 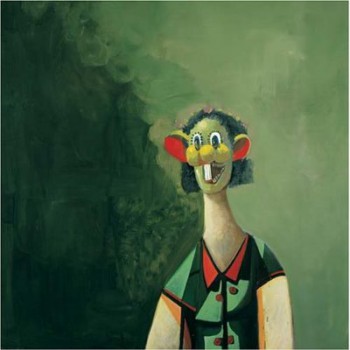 Since the mid-1970s, George Condo has been painting portraits of people inhabiting his imagination. By transposing the techniques of the Italian Renaissance, Spanish Baroque, French Impressionism, Surrealism, 1950s Modernism, and Pop Art, Condo has created an original movement, which he calls Artificial Realism – the realistic representation of that which is artificial. In his first artist’s monograph, The Imaginary Portraits of George Condo, the painter showcases an incredible selection of subjects – from Madonnas and Clowns to Metaphysical mannequins and Antipodular Beings – which had previously existed only on the periphery of his consciousness. Condo painted while on the move, and the imaginary characters were made manifest in hotel rooms during his travels throughout Europe. The result is a carnivalesque collection of creatures, the likes of which will most surely surprise, provoke, confuse, and delight.

George Condo was born in 1957 in Concord, New Hampshire. He has been exhibiting his work in galleries around the world since the 1980s, and has work in major national and international museum collections, including The Museum Of Modern Art, The Solomon R. Guggenheim Museum, and the Whitney Museum of American Art, all in New York; The Albright-Knox Gallery, Buffalo; the Museum of Fine Arts, Houston; the Fonds National d’Art Contemporain, Ministere de la Culture and the Fonds Regional d’Art Contemporain, lle de France, Paris; and the Museu d’Art Contemporani, Barcelona. Condo lives and works in New York City. Ralph Rugoff, author of the critically-acclaimed Scene Of The Crime (MIT Press), is a California-based art critic and journalist who writes regularly for Artforum and Frieze.