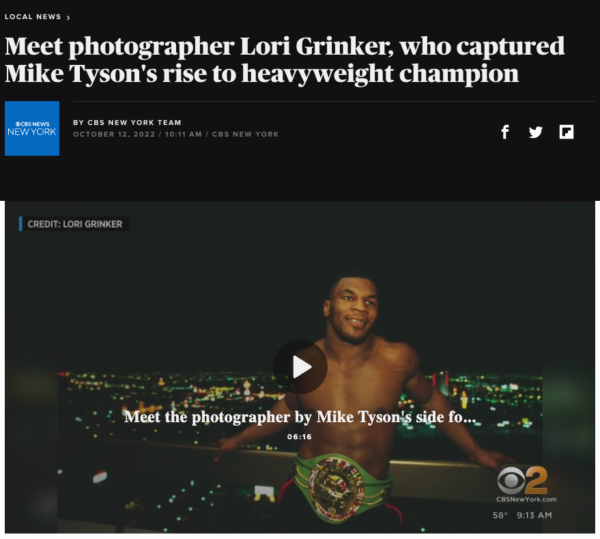 “Mike Tyson is considered one of the greatest heavy weight boxers of all time. Born in Brooklyn, Tyson’s skill in the ring was recognized at a young age while attending a reform school in Upstate New York. He would then be adopted by legendary trainer Cus D’Amato. In 1986, Tyson became the youngest heavyweight champion in history at only 20 years old.

Along with him on that journey was award-winning photographer Lori Grinker, who now has a new book out. She recently spoke with CBS2 ahead of the book’s launch party this Saturday at Gleason’s Gym on Water Street in Brooklyn, where you can get a signed copy.”