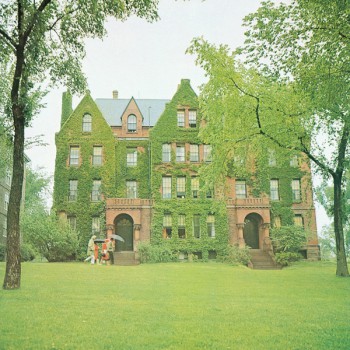 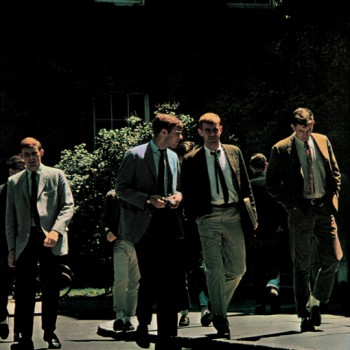 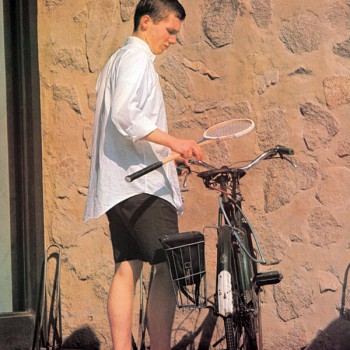 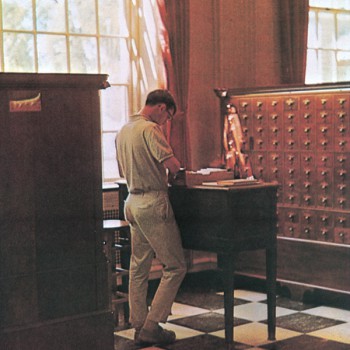 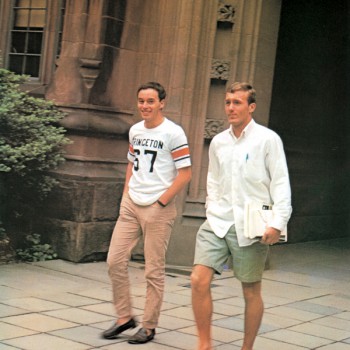 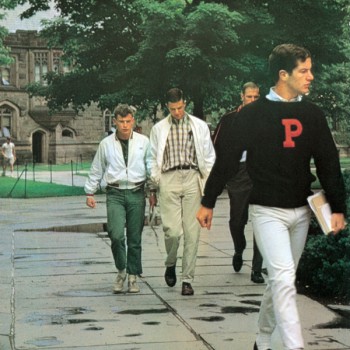 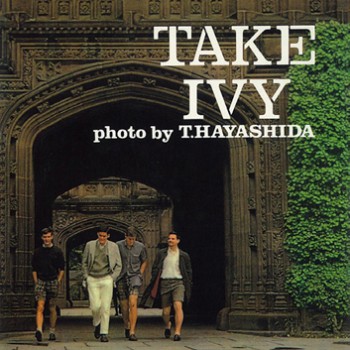 Described by The New York Times as, “a treasure of fashion insiders,” Take Ivy was originally published in Japan in 1965, setting off an explosion of American-influenced “Ivy Style” fashion among students in the trendy Ginza shopping district of Tokyo. The product of four sartorial style enthusiasts, Take Ivy is a collection of candid photographs shot on the campuses of America’s elite, Ivy League universities. The series focuses on men and their clothes, perfectly encapsulating the unique academic fashion of the era. Whether lounging in the quad, studying in the library, riding bikes, in class, or at the boathouse, the subjects of Take Ivy are impeccably and distinctively dressed in the finest American-made garments of the time.

Take Ivy is now considered a definitive document of this particular style, and rare original copies are highly sought after by “trad” devotees worldwide. A small-run reprint came out in Japan in 2006 and sold out almost immediately. Now, for the first time ever, powerHouse is reviving this classic tome with an all-new English translation. Ivy style has never been more popular, in Japan or stateside, proving its timeless and transcendent appeal. Take Ivy has survived the decades and is an essential object for anyone interested in the history or future of fashion.

Teruyoshi Hayashida was born in the fashionable Aoyama District of Tokyo, where he also grew up. He began shooting cover images for Men’s Club magazine after the title’s launch. Very sophisticated in style and a connoisseur of gourmet food, he is known for his homemade, soy-sauce-marinated Japanese pepper (sansho), and his love of gunnel tempura and Riesling wine.

Shosuke Ishizu is the representative director of Ishizu Office. Originally born in Okayama Prefecture, after graduating from Kuwasawa Design School he worked in the editorial division at Men’s Club until 1960 when he joined VAN Jacket Inc. He established Ishizu Office in 1983, and now produces several brands including Niblick.

Toshiyuki Kurosu was raised in Tokyo. He joined VAN Jacket Inc. in 1961, where he was responsible for the development of merchandise and sales promotion. He left the company in 1970 and started his own business, Cross and Simon. After the dissolution of his brand, he began appearing on the legendary variety show Asayan on TV Tokyo as a regular and soon gained popularity. He is also an active writer and intellectual.

Hajime (Paul) Hasegawa is from Hyogo Prefecture. After studying in the U.S., Hasegawa returned to Japan in 1963 to join VAN Jacket Inc. At VAN, he was responsible for advertising and PR. For the production of Take Ivy, Hasegawa was the main coordinator and interpreter on the ground. He has since held several managerial positions in Japan and abroad and currently serves as executive director for Cosmo Public Relations Corporation.