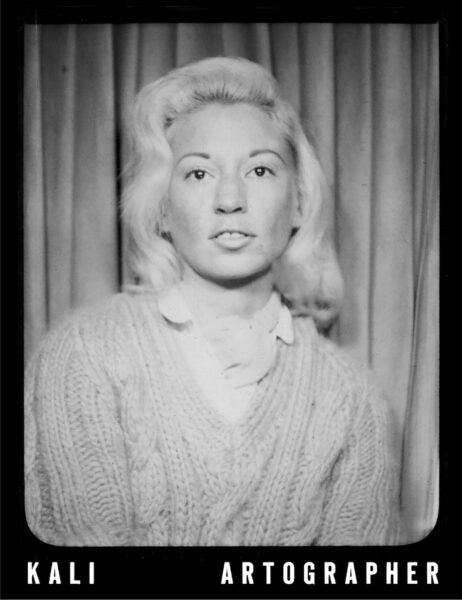 Matt Tyrnauer was interviewed on The Commentary, a Canadian podcast based out of Vancouver, British Columbia, about his work on Kali: Artographer (powerHouse Books, Fall 2022).

“It’s a remarkable collection of photographs and art, by an artist named Joan Archibald, from Long Island, New York who in the 1960s made her way to California and remade herself as Kali. She reinvented herself, took photography at the College of the Desert in Palm Springs, and became friendly with the showbiz crowd like Richard Chamberlain in Malibu, and Frank Sinatra in Palm Springs. She moved into a house there, once owned by Bobby Darin and Sandra Dee. She began creating what she later trademarked, “Artography.” She would take photographs, develop them herself, then finish them with dyes, spray paint, even dirt and bugs. She would move from prints to Polaroids and manipulate them to striking effect. She published a few pieces, was written up in a trade magazine, then by the 1970s her worked was locked away in suitcases stored away never to be seen again for over forty years.”

Listen to the full interview here.