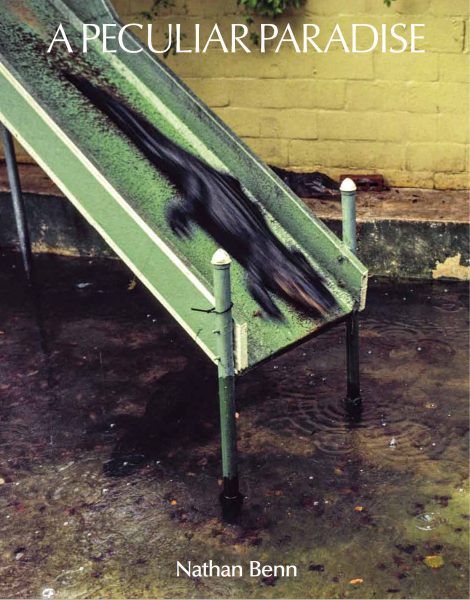 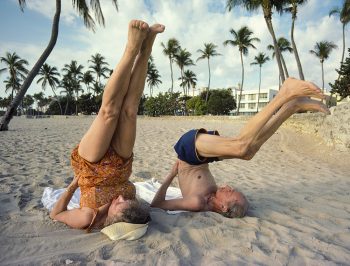 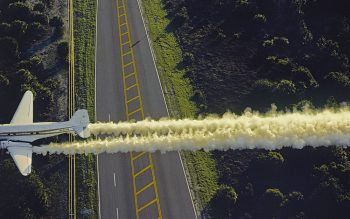 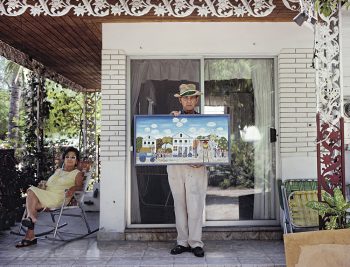 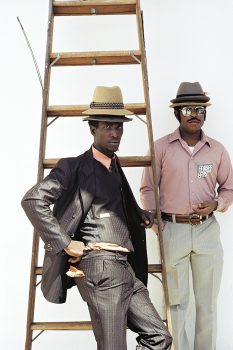 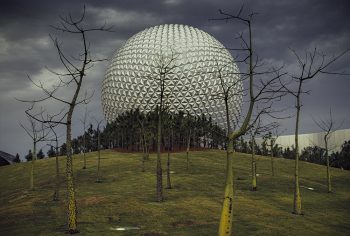 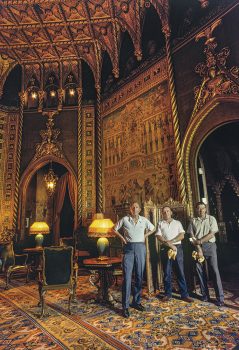 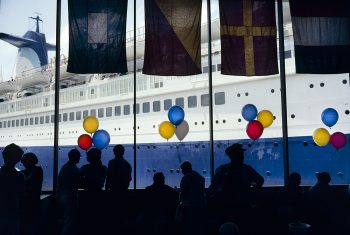 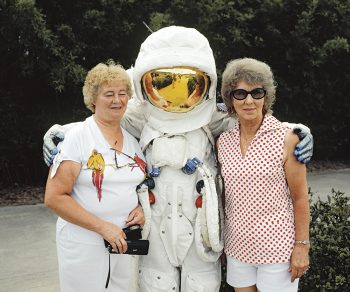 The combined effect of images by Nathan Benn, while on assignment with National Geographic, of his home state with charming anecdotes creates a delightfully vivid, passionate, and subjective look at what adds up to a love letter to the Sunshine State.

A Peculiar Paradise: Florida Photographs by Nathan Benn shows its subject—Benn’s homestate—at the dawn of the 1980s, during a time when Florida’s only true constant was change. Although some regions rested like the state’s alligators, staid and satisfied, other areas became a hotbed for the narcotics trade and a hub for Caribbean and South American immigration. This increasing cultural diversity (Miami’s English-speaking Caucasian population was in free fall, from 84% in 1950 to just 12% by 1990), and the state’s innate peculiarity is captured here with the keen sense of an anthropologist and the glint-in-the-eye of a local.

The pictures, fittingly, sometimes feel urgent, sometimes leisurely. Kodachrome film’s distinctive color palette seems tailor-made to its purpose here, displayed to full effect with expressive composition and sumptuous texture. Benn’s vibrant, idiosyncratic images reflect the charming, sometimes dangerous, chaos of Florida at the time, a place that came to embody both the quintessence of suburban Americana and the depth of the melting pot, and the source of Benn’s own nostalgic longing.

Nathan Benn was born and grew up in Miami, Florida. Immediately upon graduation from the University of Miami in 1972 he became a photographer for the National Geographic Society, where he remained for twenty years. Three hundred of his photographs were published in National Geographic magazine, and hundreds more in numerous books. He was the Director of Magnum Photos, Inc. from 2000 through 2002. In 2013 powerHouse Books published his award-winning monograph Kodachrome Memory: American Pictures 1972-1990. He lives in Santa Fe, New Mexico, and Brooklyn, New York with his wife-a fine art photographer-and teenage son.