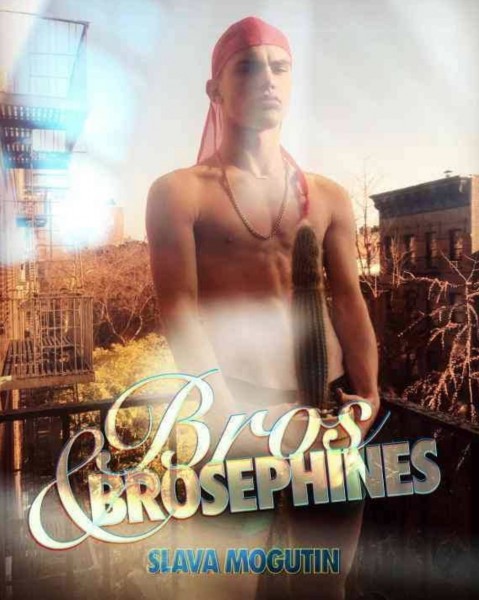 Slava Mogutin is a Siberian-born, New York-based multimedia artist, author, and filmmaker exiled from Russia for his outspoken queer writings and activism. A third-generation writer and self-taught journalist and photographer, he became the first Russian to be granted political asylum in the U.S. on the grounds of homophobic persecution. He is the author of seven books of writings in Russian, as well as two critically acclaimed monographs of photography, Lost Boys and NYC Go-Go (powerHouse Books, 2006/2008), and a collection of poetry, Food Chain (ITNA Press, 2014).

Zackary Drucker is an independent artist, cultural producer, and trans woman who breaks down the way we think about gender, sexuality, and seeing. She has performed and exhibited her work internationally in museums, galleries, and film festivals including the Whitney Biennial 2014, MoMA PS1, Hammer Museum, Art Gallery of Ontario, MCA San Diego, and SF MoMA, among others. Drucker is an Emmy-nominated producer for the docu-series, This Is Me, as well as a producer on Golden Globe and Emmy-winning Transparent.

David J. Getsy is the Goldabelle McComb Finn Distinguished Professor of Art History at the School of the Art Institute of Chicago. His books include Abstract Bodies: Sixties Sculpture in the Expanded Field of Gender (Yale University Press, 2015), Scott Burton: Collected Writings on Art and Performance, 1965–1975 (Soberscove Press, 2012), From Diversion to Subversion: Games, Play, and Twentieth-Century Art (Penn State University Press, 2011), Rodin: Sex and the Making of Modern Sculpture (Yale University Press, 2010), and, most recently, the anthology Queer for the Whitechapel Gallery’s Documents of Contemporary Art book series (MIT Press, 2016).