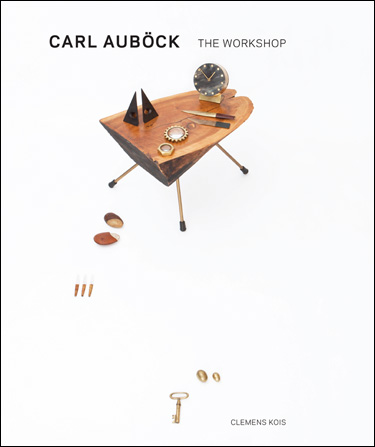 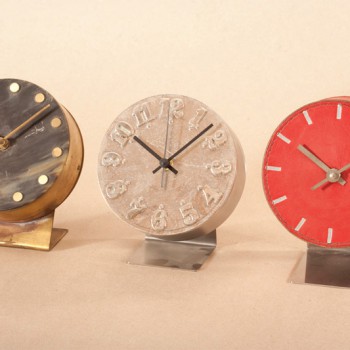 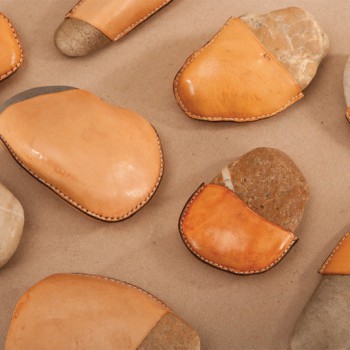 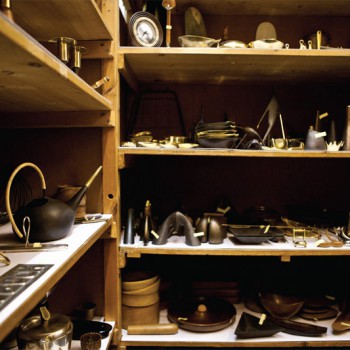 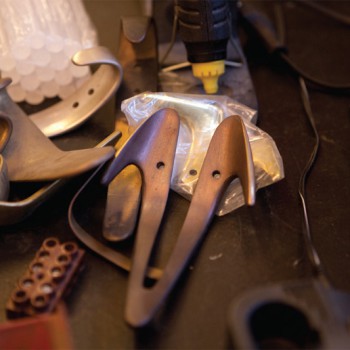 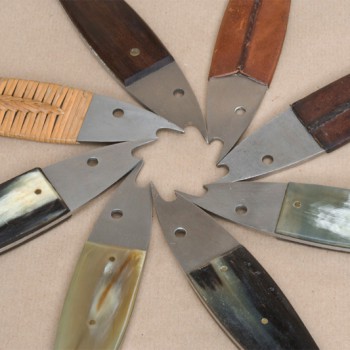 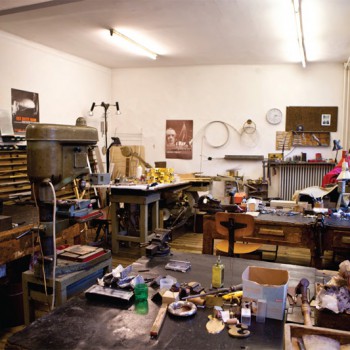 The Werkstätte (Workshop) Carl Auböck was founded in the 19th century—one of many workshops in Vienna specializing in bronze-casting. However, Carl Auböck II (1900-1957) was one of the very few Viennese students who attended the Bauhaus in post-World War I Weimar, and when he returned to the Workshop he brought inspiration from this new design movement. Expert craftsmanship and superior quality materials such as hand-sewn leather, polished bronze, and various woods became the signature of the Bauhaus-inspired Auböck Workshop and many of their whimsical, modernist designs stand out as prescient objets d’art.

Carrying on generations of the Workshop tradition, son Carl Auböck III (1924-1993) and grandson Carl Auböck IV (born 1954) were instrumental in forging ahead with new ideas and designs while preserving the quality craftsmanship and integrity of the Workshop which today remains among the last of its kind. Despite designing over 6,000 original objects and pieces of furniture in the early to mid-20th century, Auböck somehow has eluded the spotlight and the Workshop’s products remain cult objects of desire, cherished quietly by design greats and savvy collectors. More incredibly, only one quarter of the Workshop’s designs have been documented, leaving an astounding 4,000 objects yet to be “discovered.”

Carl Auböck: The Workshop documents hundreds of signature Workshop objects culled from exclusive private collections, and brings us into the Workshop itself with contemporary photographs, interviews with Carl Auböck IV, and historical documents and photographs depicting the Workshop’s historic legacy.

Clemens Kois is an artist, designer, photographer, and impassioned collector of 20th century design, particularly Austrian. He’s spent a great deal of time drawing inspiration from, and scavenging flea markets in, the many cities he’s lived in, including Salzburg, Rome, Vienna, and New York City.

Brian Janusiak is a designer and a principal at Various Projects, Inc., the New York based multi-disciplinary design studio. He is also the co-founder and co-curator of the retail project, Project No. 8.

Carl Auböck IV is an architect, designer, and the current head of the Werkstätte Carl Auböck in Vienna. As the heir, and namesake, to a fascinating family legacy, he also oversees the Carl Auböck Archive, putting together exhibitions and having published two books thus far cataloguing the designs of his prolific forefathers.

Sophia Lambrakis is a professional writer, editor, and translator in the fields of film, fashion, food, and design, dividing her time between Europe and the USA.

Patrick Parrish is the owner of the Manhattan design gallery Mondo Cane and the creator of the popular blog MONDOBLOGO. He has contributed to Apartmento, Bad Day, and 01 magazines with both his photography and interviews of Martino Gamper, ro/lu, and Project No. 8. He is a collector, a sometimes painter, and always has a camera in his pocket.

Michael Boyd is a designer, writer, and collector of vintage modern design. He is the principal of BoydDesign, a firm with an emphasis on furniture, interior, and garden design; it is also a consultancy for the restoration and preservation of modernist architecture, and for collecting modern design.