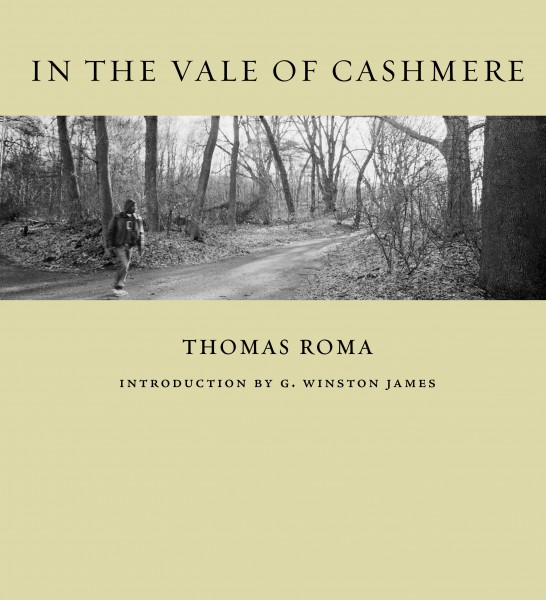 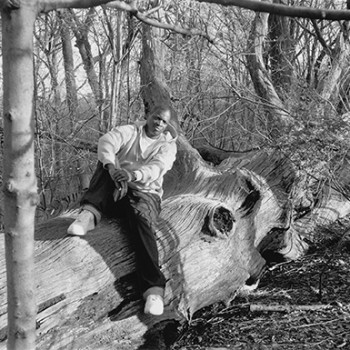 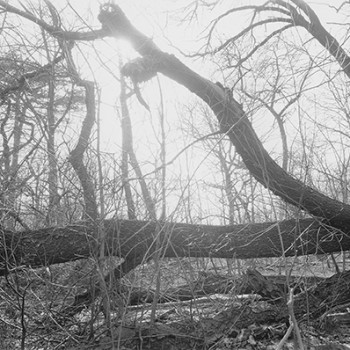 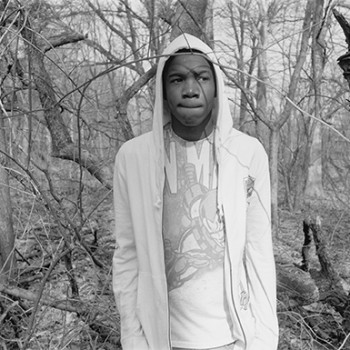 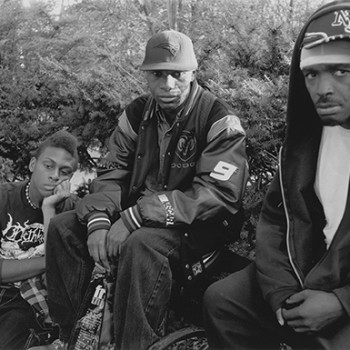 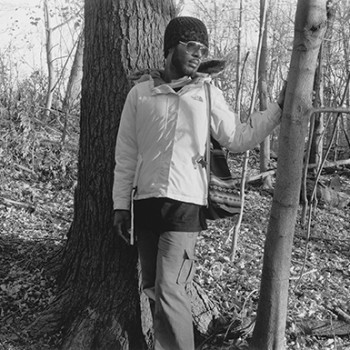 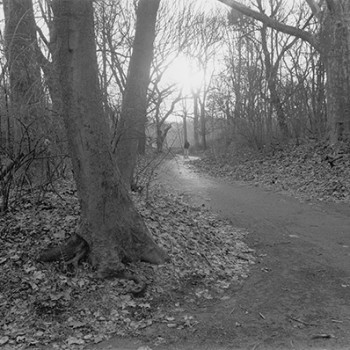 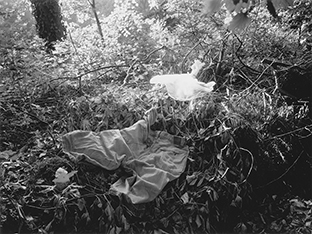 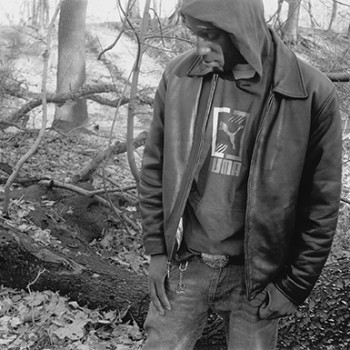 In the Vale of Cashmere marks the culmination of acclaimed photographer Thomas Roma’s four-year odyssey into a densely wooded, secluded corner of Brooklyn’s Prospect Park,  where gay cruising dominates the footpaths and trails. The Vale of Cashmere, a name that dates back to the 1890s, has long been a meeting place for gay men. and currently, mostly Black men. However,  encounters occur between men of all walks of life, as well as  gender and sexual identities.

With his large, tripod-mounted, hand-made camera, Roma stepped into the center of this community, an obvious but mostly ignored presence.  Understandably, many of the men Roma approached to photograph in a formal portrait were not interested, but surprisingly, many were. After they agreed  to be photographed, Roma would offer the men time and the opportunity to show him something of themselves they might not have the chance to  otherwise.

Although originally conceived solely as a portrait project, the more time Roma spent in the Vale of Cashmere, the more the physical beauty of the Vale became inseparable from the portraits, and many landscape photographs were made to be included in the book. In addition to the landscapes, Roma utilized a custom modified miniature camera to provide sequential pictures depicting the steady march of the mostly solitary men as they cruised the paths and roadways of the Vale. These candid photographs, which run along the bottom of the pages of landscape photographs, are reproduced in small scale so as to make it impossible to identify any individual.

Roma’s motivation for doing the project came from his wish to honor the memory of a dear friend who died of AIDS in 1991, and who introduced him to the Vale of Cashmere.

Thomas Roma is a two-time recipient of Guggenheim Fellowships (1982 and 1991) and a New York State Council for the Arts Fellowship (1973). Roma’s work has appeared in one-person and group exhibitions internationally, including one-person shows with accompanying books at The Museum of Modern Art, NY and the International Center of Photography. He has published 12 monographs including: Enduring Justice (powerHouse Books, 2001) with an introduction by Norman Mailer, On Three Pillars (powerHouse Books, 2008) with text by Phillip Lopate, and his 2010 powerHouse Books publication Dear Knights and Dark Horses with an introduction by Alec Wilkinson. He has taught photography since 1983 at Yale, Fordham, Cooper Union, and The School of Visual Arts and in 1996 became the Director of the Photography Program at Columbia University School of the Arts where he is a Professor of Art. Roma lives in Brooklyn with his wife Anna and their son Giancarlo.

G. Winston James is a Jamaican-born poet, author, essayist, and editor. A former fellow of the Millay Colony for the Arts, he holds a BA from Columbia College, Columbia University and an MFA in Fiction from Brooklyn College, City University of New York. He is the author of the poetry collection The Damaged Good: Poems Around Love and the Lambda Literary Award finalist collection Lyric: Poems Along a Broken Road.