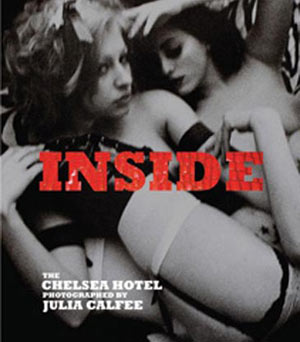 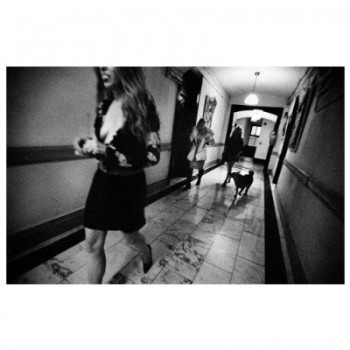 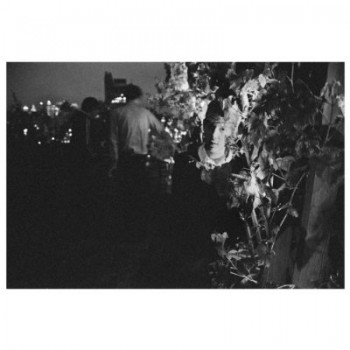 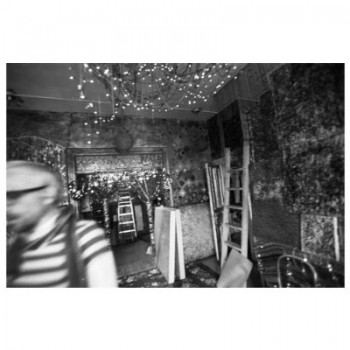 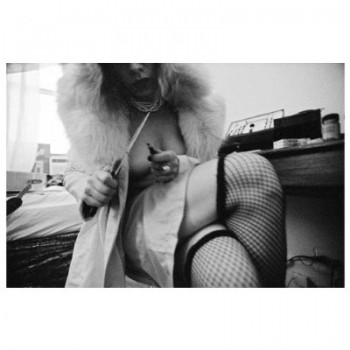 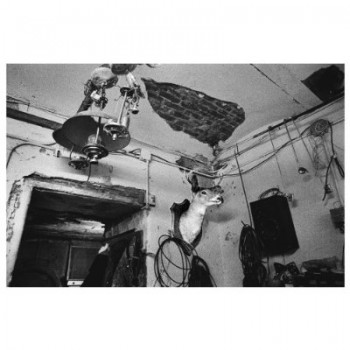 In an intimate style, Inside: The Chelsea Hotel documents not only the archetypes and atmosphere in, but also echoes from the spirits and ghosts of, the inimitable Chelsea Hotel.

The Chelsea Hotel is a place where excess is welcome, where the psyche can be annihilated or resurrected. It has a magical potential for transformation, whether through rebirth or destruction. Artists such as Mark Twain, Edith Piaf, Henri Cartier-Bresson, Jasper Johns, Jack Kerouac, Wilhelm de Kooning, Leonard Cohen, Jimi Hendrix, Bob Dylan, Patti Smith, Robert Mapplethorpe, and Ethan Hawke have been drawn inside by a seemingly irresistible magnetic force. Julia Calfee has lived and photographed in the Chelsea Hotel for four years.

“When I photographed at the Chelsea Hotel, I would stay in a space or situation for hours. Time would pass and my presence would become less and less visible. Sometimes I would even disappear.

“People are always asking me what it’s like to live in the Chelsea Hotel. Not always easy. There are times I felt like a fly caught in a spider’s web, at risk of being eaten alive if I made the wrong move. This goes with living and working in the same place with a large extended, temperamental family full of artistic sensitivities and colossal egos, with long, exposed nerve ends—but there were also many moments of friendship, generosity, and complicity.”

American-born Julia Calfee has spent most of her professional life living and working in Europe. She holds a degree in journalism from NYU and studied art history at the Sorbonne. Her first book, Photogénèse was published by the Joan Miro Foundation in 1995. Her other books include Mountain Spirits of Mongolia (Richard Liu Foundation, 2002), and Spirits and Ghosts: Journeys through Mongolia (powerHouse Books, 2003). Calfee’s work has appeared in publications worldwide, including The New York Times, The New York Times Magazine, Time, Business Week, London Sunday Times, Paris Match, Guardian, Elle Italia, Elle Japan, Paris Photo, Digital Photography, Corriere della Sera, Photo Eight, and other, and has been exhibited in museums and galleries in France, the UK, Italy, Belgium, Spain, and the US.

Czech-born Antonin Kratochvil is a co-founder of the photo agency VII, the 1991 Infinity Photojournalist of the Year, and the recipient of awards including the 1994 Dorothea Lange Prize, 2005 Lucie Award for Outstanding Achievement in Photojournalism, and 2005 Golden Light Award for Best Documentary Book. He is the author of five books and his work appears frequently in major publications worldwide.