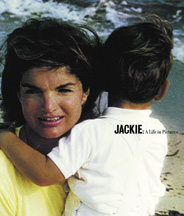 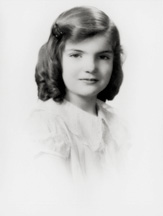 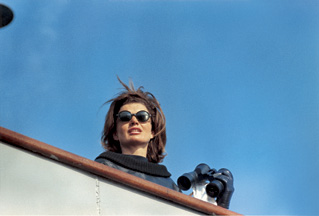 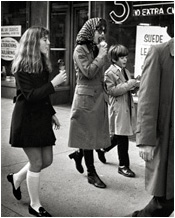 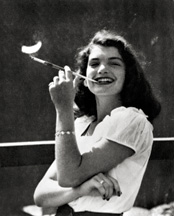 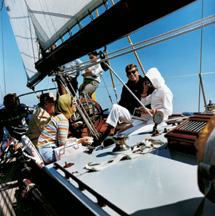 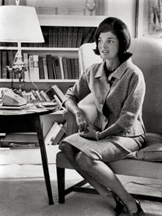 From Pierre-Henri Verlhac and Yann-Brice Dherbier, the editors of the best-selling John F. Kennedy: A Life in Pictures, comes its companion, Jackie: A Life in Pictures—a visual voyage through the life of Jackie, also known as Jackie Bouvier, Jackie Kennedy, Jackie Onassis. This iconic volume features the most exquisite photographs, many of which are previously unpublished, ever taken of America’s legendary First Lady, as well as a biography, personal notes, and handwritten correspondence. A sumptuous, oversized edition, this 272-page book includes over 250 glamorous, dramatic, and intimate images taken throughout her life.

Bringing us into her exclusive and privileged world, Jackie: A Life in Pictures takes us from the early days of her upper class upbringing in the 30s and 40s to her courtship and marriage to J.F.K. in 1953 and her life as a politician’s wife. From the Camelot years, when Jackie charmed the world with her classic style and effortless panache, we witness the public and private moments of the famed First Family. After J.F.K.’s tragic death, we follow Jackie as she finds consolation in the arms of Aristotle Onassis, and travel with her among the jet set. And lastly, we spend time with Jackie in her final years in New York City as a book editor, proud mother, and honorary stateswoman.

The ultimate volume for Jackie’s admirers, Jackie: A Life in Pictures offers a rare opportunity to observe the complex and fascinating woman as her life unfolded before the world’s eyes.

Yann-Brice Dherbier, after having worked eight years in finance (as a CFO in the luxury industry), decided to take a chance on an old dream: publishing beautiful photography books. The coeditor of John F. Kennedy: A Life in Pictures (Phaidon, 2003), and the upcoming Pope John Paul II: A Life in Pictures (powerHouse Books, 2005), Dherbier is the cofounder of Phyb Publishing and has been an amateur photographer and a photography book collector since the age of twenty. He lives and works in Paris.

Pierre-Henri Verlhac cofounded Phyb Publishing after being
a media banker in Los Angeles, London, and Paris. The coeditor of John F. Kennedy: A Life in Pictures (Phaidon, 2003), and the upcoming Pope John Paul II: A Life in Pictures (powerHouse Books, 2005), he is also an independent classical music photographer. Verlhac holds an M.B.A. from Essec in Paris, where he lives and works.