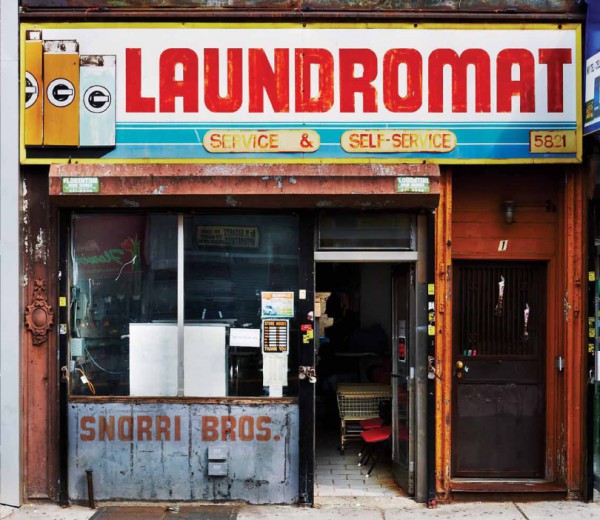 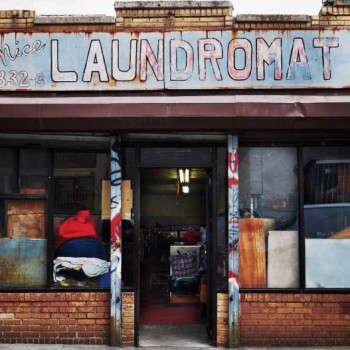 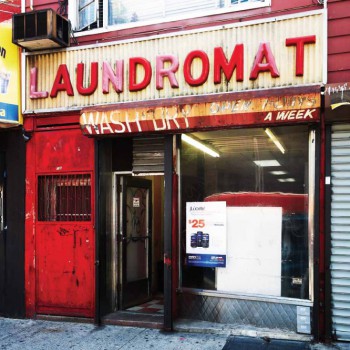 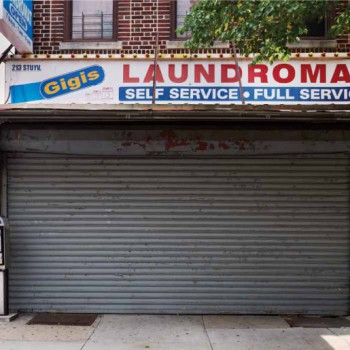 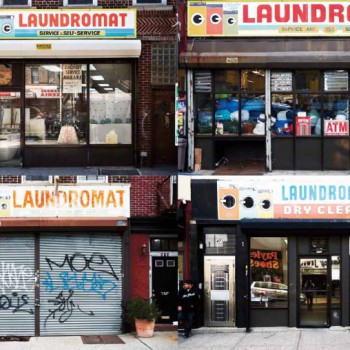 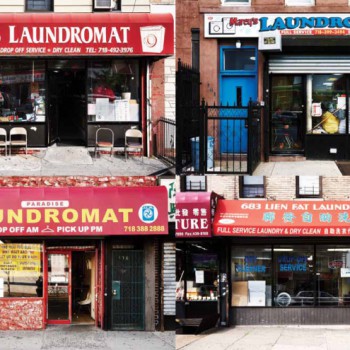 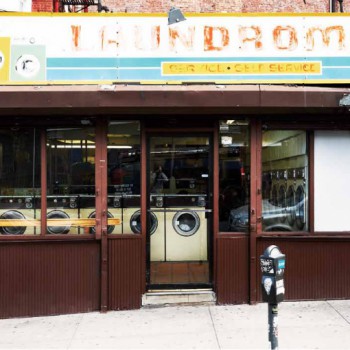 Photography by Snorri Bros.
Introduction by D. Foy
Photography / Architectural / Industrial
Hardcover
11.25 x 9.75 inches
160 pages
ISBN: 978-1-57687-623-7
$40 | $46 CAD
Available March 2013
Laundromats are a quintessential part of the New York City landscape and elementary to many city dwellers’ lives. They are the dependable and unheralded heroes who keep hundreds of thousands happy in their clean, pressed clothes and asleep in crisp linens.

The colorful, idiosyncratic, sometimes messy, and often personalized storefronts of the city’s laundromats tell us many stories if we care to look. There’s of course the social, cultural, and economic story of each neighborhood, but also the story of commercial storefront design: the traditions and trends in displays, awnings, lettering, and colors. And then there’s the personal story of each proprietor in these (mostly) mom-and-pop businesses. How they choose to decorate their windows, what kind of announcements, flags, and symbols they diplay all reveal something intimate about their owners. Neighborhood laundromats are one of the last holdouts of the disappearing storefronts of New York City as small shops are driven out of business by chains and deep-pocketed merchants. Someday soon there could be far fewer of these ugly ducklings and another genuine part of New York’s street life will be erased from memory.

These laundromats were photographed from 2008 to 2012 and represent all five New York boroughs and most of its neighborhoods.

The Snorri Bros. are two Icelanders, Eiður Snorri and Snorri Sturluson. For two decades the Snorri Bros. have been making pictures and telling stories in various formats. Today the Snorri Bros. are best known as filmmakers, but from the beginning of their careers photography has always been a large part of their repertoire. In the late 90s they combined the photograph and moving image when they were commissioned to make a promotional film for R.E.M.’s “Daysleeper.” In recent years the Snorri Bros. have lived and worked primarily in the U.S. They are currently developing several feature film projects along with their work as professional image makers for many of the world’s best known brands. This is the third book of photographs by the Snorri Bros. The first two, the out of print Strákar og Stelpur (Boys and Girls) and Barflies are black-and-white character and portraiture studies.

D. Foy was born in California’s Mojave Desert and grew up in Oakland. He studied at UC Berkeley, where he was awarded the Eisner Prize for Fiction, and then at UC Davis. In 2009 and 2010, he was a fellow at the Eastern Frontier Foundation on Norton Island, Maine. His work has appeared in Post Road, The Literary Review, The Georgia Review, Berkeley Fiction Review, and Quick Fiction, to name a few. His story, “The Burden,” was nominated for the National Magazine Award for Best Fiction. He lives in Brooklyn.