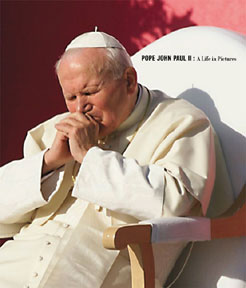 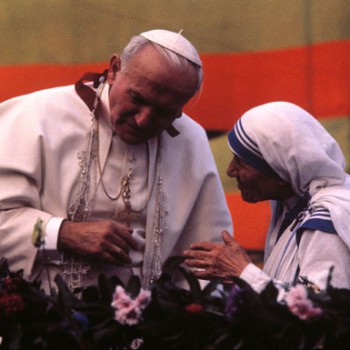 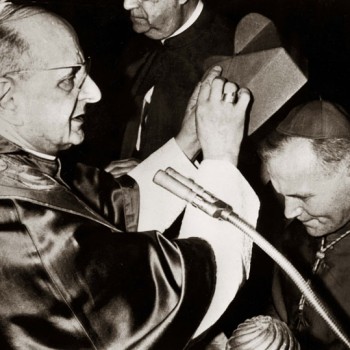 Pope John Paul II: A Life in Pictures is the most extensive—and the most beautifully produced—visual diary ever compiled of Karol Józef Wojtyla, who became one of the most respected religious figures and world leaders of the twentieth century. From his days growing up in the small town of Wadowice, Poland, through his extensive travels around the Christian and non-Christian world to his recent passing, mourned by the faithful worldwide, this astounding collection bears witness to the transformation of Wojtyla from a small child in Poland to the Bishop of Rome, the vicar of Jesus Christ, the patriarch of the West—Pope John Paul II.

From his earliest years, we travel alongside Wojtyla from Wadowice with his humble parents to Kraków as an energetic student of literature and philosophy, an actor in an experimental theater troupe, and a poet participating in readings and discussion groups. After World War II, during which he began his religious training in an underground seminary, we watch as Wojtyla was ordained as a Catholic priest in 1946. Pope John Paul II then follows along on the path of his faith as he becomes a chaplain to university students, an archbishop, a cardinal, and finally, the pope.

In 1978, Wojtyla, taking the name John Paul II, became the first non-Italian pope since the sixteenth century and the youngest pope in 132 years. Dedicated to Catholics the world over, John Paul II was the most-traveled pope in history, making a point to nurture his flock wherever they could be found. Pope John Paul II follows his extensive trips around the world—including the first papal visit to Auschwitz, with Fidel Castro on his historic tour of Cuba in 1996, and among throngs of admirers throughout Europe and the United States. Seen at the pulpit delivering sermons that gave hope to the destitute with his support of human rights, Pope John Paul II struck fear in the powerful as he condemned autocracies from the U.S.S.R. to Chile. We are also given lesser known but equally powerful moments, such as his visit to forgive the imprisoned Mehmet Ali Agca, who shot him in 1981, and his arrival in Sudan at age seventy-three as he kissed the ground at the Khartoum airport.

A special tribute to a life and faith that reached around
the world, Pope John Paul II culminates in his passing and the mourning of hundreds of millions around the globe from all faiths and political systems. The most comprehensive and superbly reproduced collection of photographs of the Supreme Pontiff ever compiled, Pope John Paul II provides visual testimony to his life as one of the most admired and revered men in the world.

Henri Tincq, a close friend and confidant of Pope John Paul II, is a senior reporter for Le Monde and has covered religion for the French newspaper since 1985. Tincq is the recipient of the 2001 European Religion Writer of the Year award from the Templeton Foundation. He is the author of God in France: Death and Resurrection of Catholicism (Calmann-Lévy, 2003) and Challenges with the Pope of the Third Millennium: The Pontificate of John Paul II (JC Lattès, 1997).