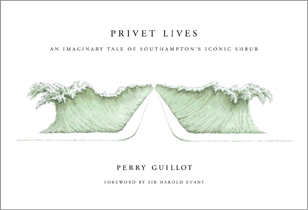 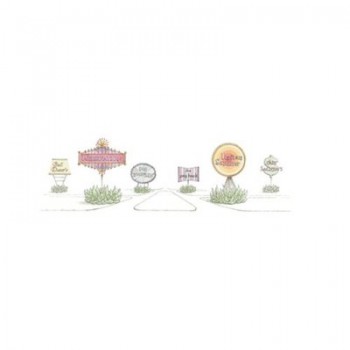 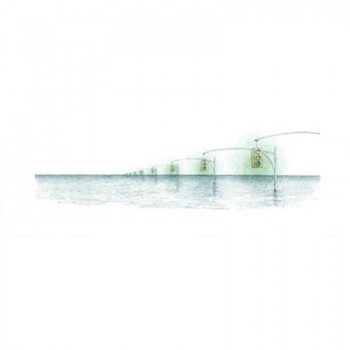 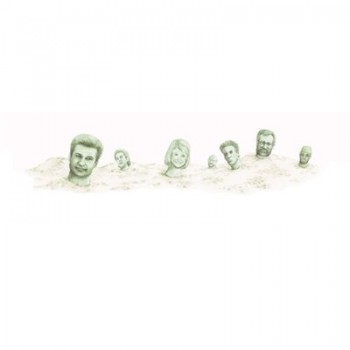 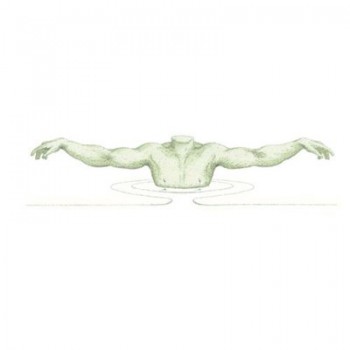 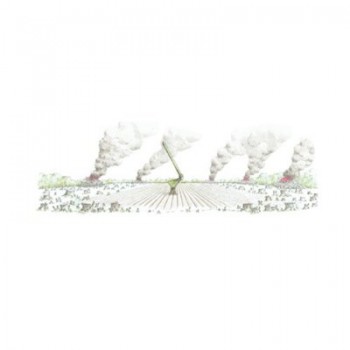 After nearly two decades defining and designing the natural environs of Southampton, New York landscape architect Perry Guillot has created Privet Lives, a fanciful and fascinating collection of watercolors and witty text that tell an imaginary tale of the humble privet shrub as it evolved in the wilderness of the tiny hamlet of Southampton, and follows its transformation into the mighty hedges we see today. In scenes of the future, the drawings become a metaphor for the residents’ diminished appreciation and understanding of the natural landscape beyond.

Our story begins eighteen thousand years ago, when an enormous glacier pulled back to uncover rocky debris in the form of a 120-mile island extending eastward from New York City, known today as the aptly-named Long Island. Many millennia later, the island became inhabited by Indians, then English settlers, who imported the privet plant as a hedge to define property lines. As time passed and local economies developed, a new privileged class found itself in want of an escape, a summer getaway, and settled in Southampton, near the eastern tip of the island.

Guillot’s drawings reflect the ever-changing styles of the times, as rows of privet morph into shapes that reveal as much about the owners as they once concealed. “The Game Show Host” has three garage-door entrances; “The Hypochondriac” took up gardening for her health but has gone a bit mad with the pruning shears; and while “The Best Director” already has two Oscars, he has instructed the gardener to get going on a third; don’t even ask about “The Proctologist.”

Guillot’s cinematic story brings us from the Ice Age through to the present day, and then imagines the future, a horrific hereafter where the environment rebels against its inhabitants, bringing us back to where we started, albeit with mansions, rather than sand and rocks, as debris. Deeply concerned about conservationism, Guillot has brought heavy thinking to a medium often reserved for lighter ideas, yet he balances it with humor and fun.