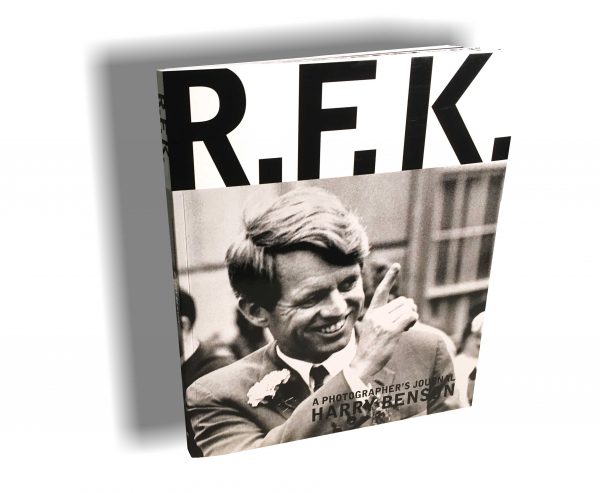 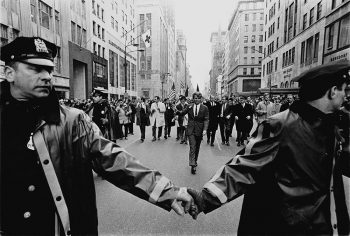 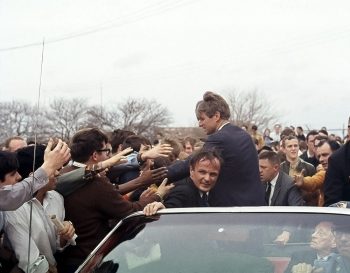 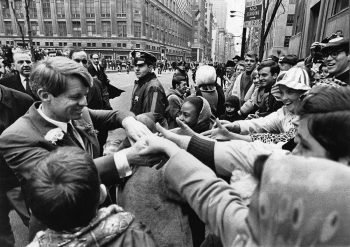 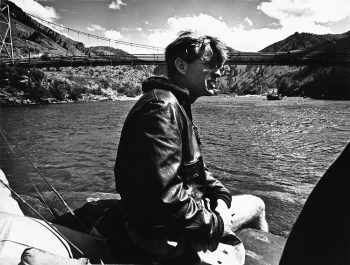 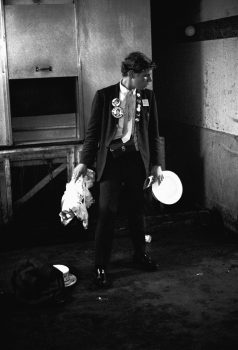 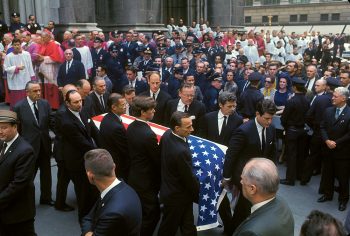 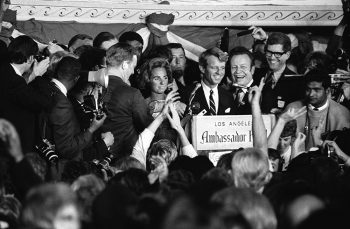 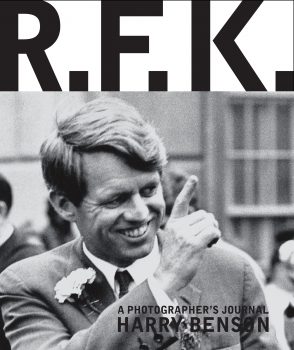 As a friend, advisor, and attorney general to his brother, John F. Kennedy, Bobby Kennedy stood at the heart of Washington politics. He is remembered today as a compassionate, articulate, and optimistic man—a friend to the poor, an avid civil rights advocate, a champion for peace. World-renowned photojournalist Harry Benson’s images capture unprecedented intimate family outings and outdoor adventures with friends alongside every moment of Kennedy’s brief but unforgettable presidential run, from his announcement of his candidacy on St. Patrick’s Day, 1968, and the fervor and excitement of his days on the campaign trail, all the way through his shocking assassination in
Los Angeles and the long, sweltering funeral procession to Arlington Cemetery. Here in elegant photographs are glimpses of the exhilarating successes and challenging setbacks of RFK’s campaign, the chaos of that fateful night in LA, and the mourning of hundreds of thousands after their hero was struck down.

Re-released in paperback format, in commemoration of the 50th anniversary of Kennedy’s death, and supplemented with excerpts from his speeches and from Benson’s own journals, R.F.K.: A Photographer’s Journal is a fitting tribute to an extraordinary man and the legacy he left behind.

Award-winning Scottish photojournalist Harry Benson, CBE began his career at the weekly Hamilton Advertiser newspaper and moved to the Scottish Daily Sketch after his exclusive interviews in prison with Scottish mass murderer Peter Manuel. By 1959 Harry had moved to London’s Fleet Street working for Lord Beaverbrooks’s Daily Express. Harry traveled to America with the Beatles in 1964
and never looked back.

In 2009 Harry was made a Commander of the Order of the British Empire by Her Majesty Queen Elizabeth II for service to photography.

Harry has received an Honorary Doctorate of Letters from both St. Andrews University, Glasgow School of Art, Glasgow University, and Glasgow Caledonian University. An Honorary Fellow of London’s Royal Photographic Society, he has twice been named NPPA Magazine “Photographer of the Year.” In 2017 he received the prestigious Lifetime Achievement Award from the International Center of Photography. Harry is the only photographer who has photographed the last 12 U.S. Presidents — from Dwight D. Eisenhower to Donald J. Trump.

Harry marched with Dr. Martin Luther King, Jr. during the civil rights movement, photographed the Watts Riots, was embedded in the Gulf War, and was next to Senator Robert Kennedy when he was assassinated. He has photographed countless luminaries including Muhammed Ali, Sir Winston Churchill, Jackie Kennedy, President Charles de Gaulle, Michael Jackson, The Rolling Stones, Elizabeth Taylor, Jack Nicholson, Andy Warhol, Francis Bacon, Kate Moss, and the British Royal Family, including a private sitting with Queen Elizabeth II in Buckingham Palace.There have been 40 gallery/museum solo exhibitions of his work, and sixteen books of his photographs have been published.

Harry’s wife, Gigi, works with him on his books and exhibitions. Their two daughters, Wendy and Tessa, live in Los Angeles with their families.