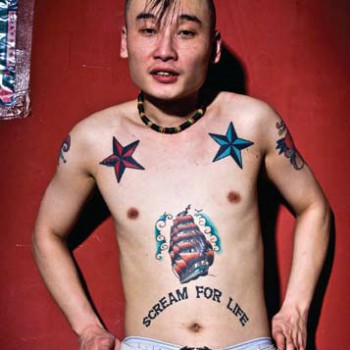 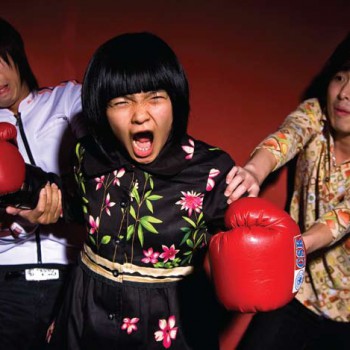 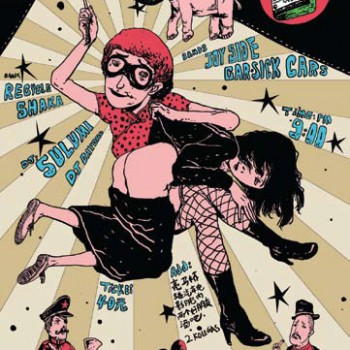 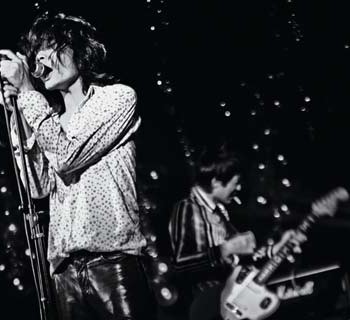 China exists today in a liminal realm, caught between the socialist idealism of old and a calamitous drive for wealth spurned by recent free market reforms. This seemingly unbridgeable gap tears at the country’s social fabric while provoking younger generations to greater artistic heights. The unique sound emerging from Beijing’s underground delves deeply into this void, aggressively questioning the moral and social basis of China’s fragile modernity even as it subsists upon it.

A formidable new wave of Chinese musicians is taking the city by storm. Revolving around four venues spread across Beijing, a burgeoning group of performers are working outside government-controlled media channels, and in the process, capturing the attention of the international music community. They now constitute a fresh, independent voice in a country renowned for creative conformity and saccharine Cantonese pop. In Sound Kapital, photographer Matthew Niederhauser captures the energy of the personalities and performers at D-22, Yugong Yishan, 2 Kolegas, and Mao Livehouse. These revolutionary Beijing nightclubs remain at the core of the city’s creative explosion by hosting an eclectic mix of punk, experimental, rock, and folk performances.

Included with the book are concert posters and illustrations that encapsulate the underground scene in Beijing, as well as a CD sampler of the new music being produced. There is no doubt that these musicians will continue to break ground within Beijing’s nascent artistic landscape, helping to push the boundaries of an already expanding realm of independent thought and musical expression in China.

After studying anthropology at Columbia University, Matthew Niederhauser split his time between the National Committee on US-China Relations and the International Center of Photography, before returning to Beijing as a fulltime freelance photographer. Over the past year, his work covering youth culture in China has appeared in the New Yorker, Time Magazine, The Washington Post, PDN, and the Guardian Weekly amongst others. While his nights are spent photographing Beijing’s underground music scene, Niederhauser also works on a large-format, photo-documentary project entitled Visions of Modernity that investigates urban development and new architecture in China’s swelling capital.

Chairman Ca is an illustrator and graphic novelist based in Beijing. After graduating from the Communication University of China in 2006, he helped found the Cult Youth collective, and subsequently produced two anthologies of the group’s comics and graphic shorts. His sometimes morbid but engrossing images mirror the kaleidoscope of often-conflicting interests, desires, and traditions found in modern China.

Yuli Chen is a music producer and sound engineer based in Beijing who grew up in Paris and was trained in New York City. Most notably, he recorded, mixed, and produced the music for the Beijing Olympic Games Opening Ceremony, working closely with Director Zhang Yimou to create a fascinating score that fused both western and eastern sensibilities. As a trusted indie music producer, Yuli Chen continues to work on a dozen highly acclaimed underground projects in China.