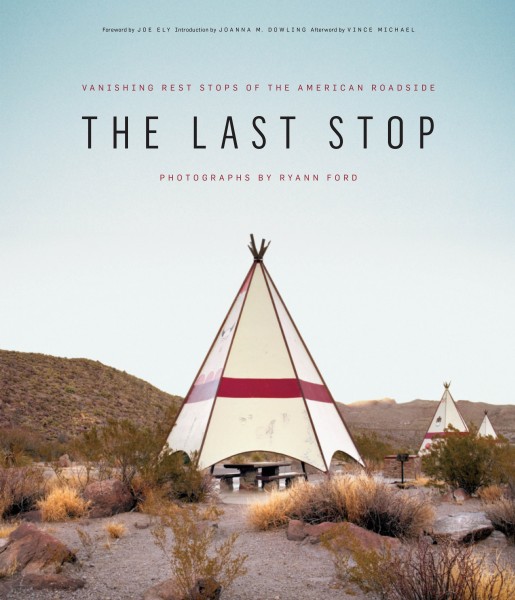 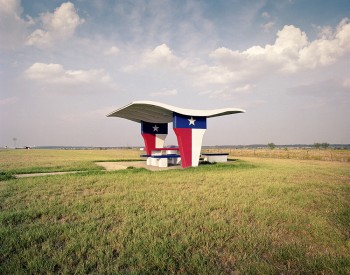 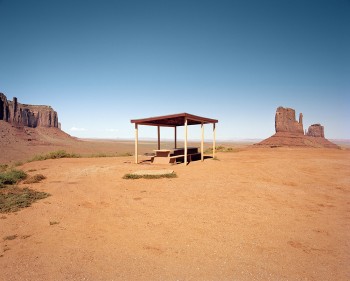 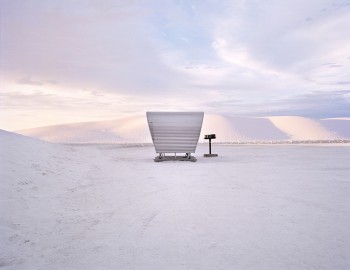 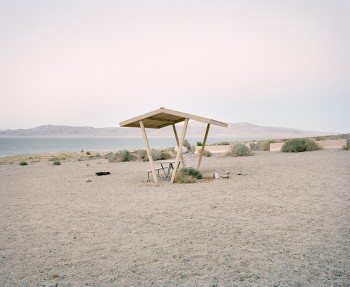 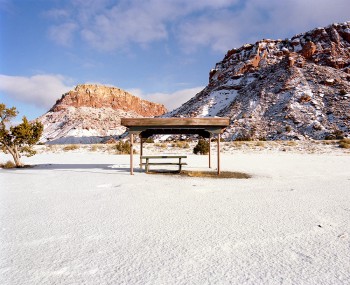 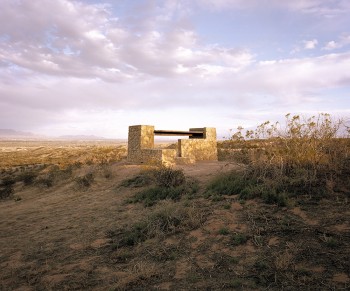 The Last Stop does far more than capture the remarkable, effective design of our nation’s road stops. It preserves a moment in time that is quickly fading, a unique period in the American travel experience when the journey was just as important as the destination. It’s clear these modest structures did far more than provide picnic tables, they shaped our collective experience of golden-age car travel across the vast United States.

While driving in 2007 on a solo road trip from California to central Texas, photographer Ryann Ford was struck by a recurring sight: humble, solitary rest stops. A nondescript blur outside the car window to most, the quirky rest stops on Ford’s journey seized her attention – mock adobe dwellings in New Mexico, depression-era stone houses in Arizona, faux oil rigs in Texas. What was the story behind these playful pieces of Americana?

After doing some research, Ford was alarmed to learn that these rest areas were currently being closed and demolished all over the country. With countless commercial options at nearly every highway exit, and states needing to cut expenses, many felt that these old rest stops were no longer necessary. Upon learning the news, she immediately felt an urgency to capture as many as she could before they were gone forever.

Ford spent years on the road ducking under fences, stepping over fallen trees, and hiking through snow to reach some of these iconic rest stops; in doing so, she learned that they are so much more than toilets and tables – for the past several decades they have given millions of travelers from around the world rest, relief, hospitality and nostalgia.

Raised in a Southern California mountain town so small it didn’t even have a stoplight, Ryann Ford had the freedom to explore and observe from a young age. At age 12, she took her first photo using her father’s old Pentax Spotmatic from Vietnam; at age 18 she enrolled in the renowned Brooks Institute of Photography in Santa Barbara, where she earned her Bachelor of Arts degree in Photography. Living in Los Angeles, Ryann’s creative work began to focus toward two subjects: artifacts of the abandoned American desert, and the fading landscape of California’s Salton Sea. In 2007, Ryann packed up her things and made the move to Austin, Texas, taking Route 66 to get there. Along the way, she discovered her next photography subject – the rest stop – a project that culminated in The Last Stop series. This work has been covered by outlets such as the New York Times Magazine, The Wall Street Journal, The Atlantic, and NPR. Ryann is currently a commercial photographer who shoots regularly for such clients as Better Homes and Gardens, The New York Times, and Texas Monthly. Her meticulously composed architectural and interior photography has become an industry favorite, and it is this style – clean and thoughtful – that continues to inform her fine art today.