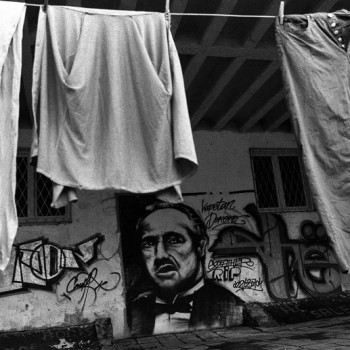 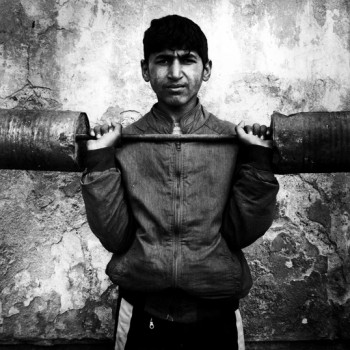 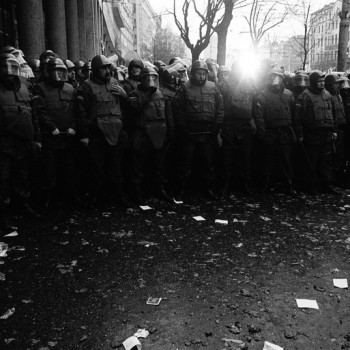 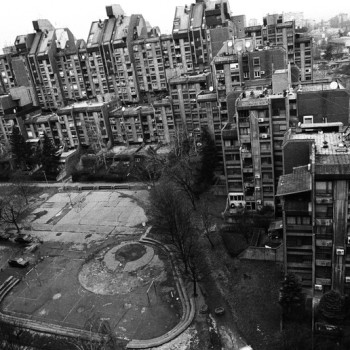 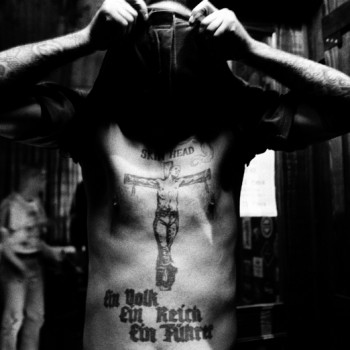 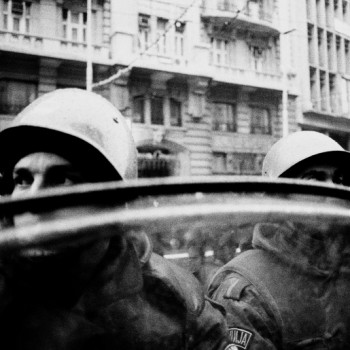 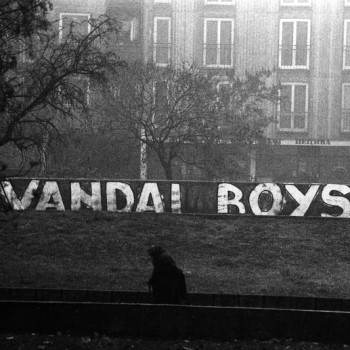 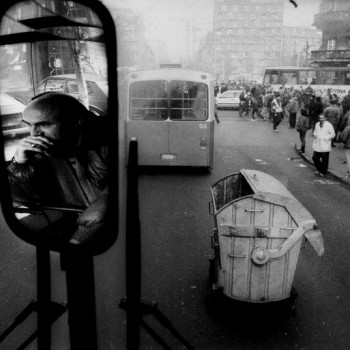 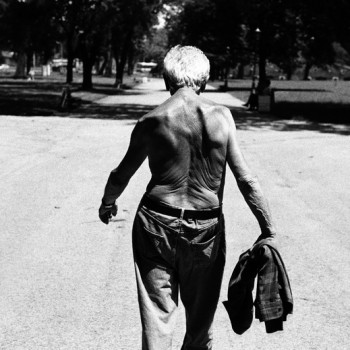 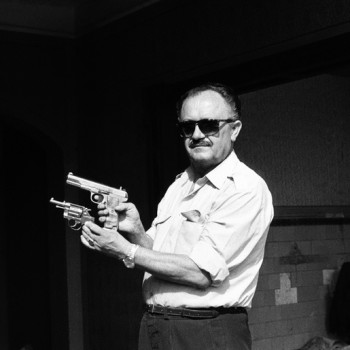 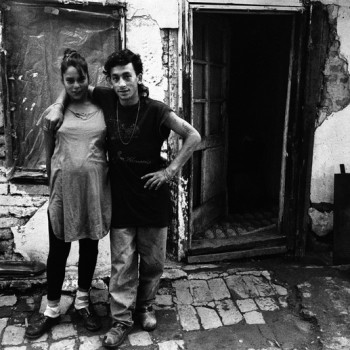 “At three o’clock sharp, the enemy must be crushed by your
mighty charge, torn to pieces by your grenades and bayonets.
The honor of Belgrade must be spotless. Soldiers, heroes, the
Supreme Command has erased our names from its roll. Our
regiment is sacrificed for our King and Fatherland. You don’t
have to worry anymore about your lives that no longer exist.
So forward, to glory! Long live the King! Long live Belgrade!”

Born and raised in Belgrade, Serbia, Boogie began
photographing rebellion and unrest during the civil war
that ravaged his country during the 1990s. Growing up in
a war-torn country defined Boogie’s style and attraction to
the darker side of human existence. His archives reveal
undeniable evidence of the evils that erode the urban space
and unite humanity in the despair of impoverished lives.
Belgrade Belongs to Me, his third powerHouse Book, shows
the city from the inside as the former Yugoslavia began its
rapid disintegration into war and the slow resurrection of a
people who have fought for centuries for their survival.

Boogie does not spare the spectator any social taboos, as
he documents the daily struggles of the marginalized people
whose lives he infiltrates completely, taking us deep into
worlds traditionally closed to outsiders. Whether documenting
neo-Nazis or gypsies, police or protesters, or the working class
people of Belgrade, Boogie’s work reflects his respect for his
subjects, defying the glamorized stereotypes of urban life and
revealing the phantoms that haunt the modern metropolis.

“Living under Miloševi? was like living in a mental institution.
It was apocalyptic. Pensions and salaries were three to five
United States dollars. People, especially the old and retired,
were literally starving. The streets were empty. There was
a shortage of gasoline, so there were very few cars on the
street. And then, in the middle of the night, you would see
a police truck cruising slowly. There were protests against
Milosevic every day. In the beginning, they were peaceful so
I didn’t go. I don’t believe in peaceful, passive resistance.
It’s either grab the gun and go to the woods or sit at home.
But then they turned violent. The police were very brutal,
beating protesters mercilessly. And that’s when I started to
go out and shoot photographs. Milosevic wasn’t sure cops
from Belgrade would be tough enough—they might not want
to beat on their neighbors. So cops were brought from other
parts of Serbia, huge cops with mustaches, in riot gear. I ran
from them a few times. Scary.”

Boogie was born in Serbia and emigrated to the United
States in 1998. The author of It’s All Good and Boogie
(powerHouse Books, 2006 and 2007), his work has
appeared in Cube (Sartoria/Modena, 2003), as well as
publications including Time, The New York Times, Rolling
Stone, Playboy, Vibe, The Source, and others. His clients
include Nike, Lee Jeans, Element Skateboards, and
Shellac. Boogie lives and works in Brooklyn, New York.