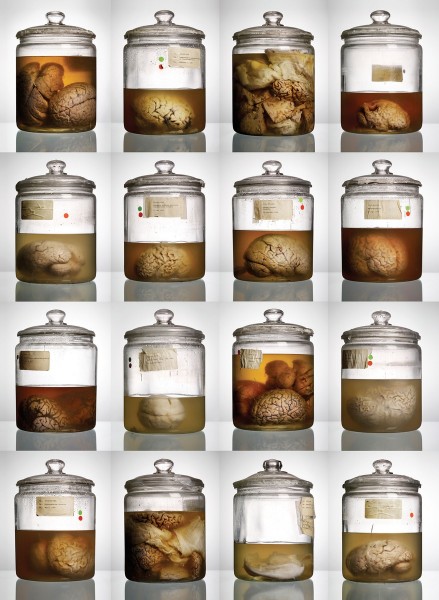 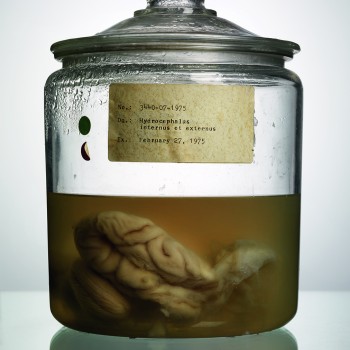 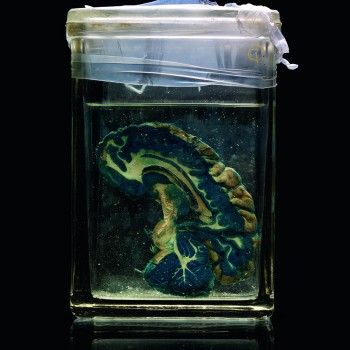 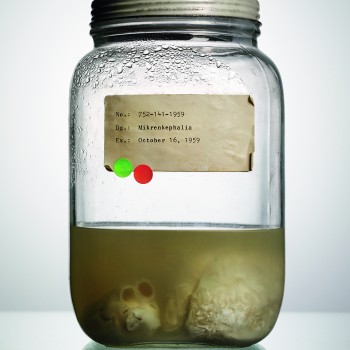 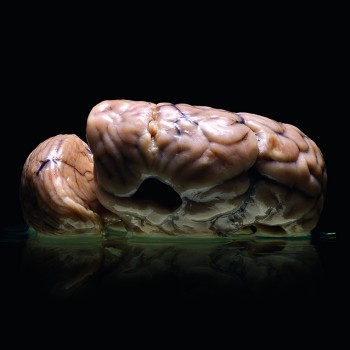 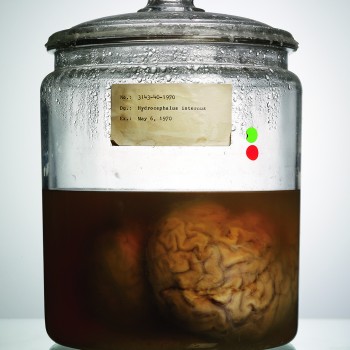 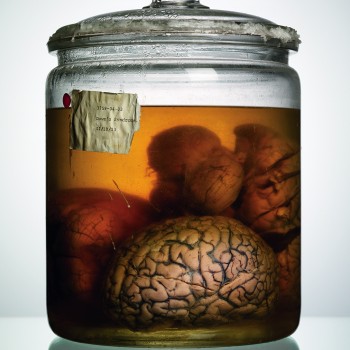 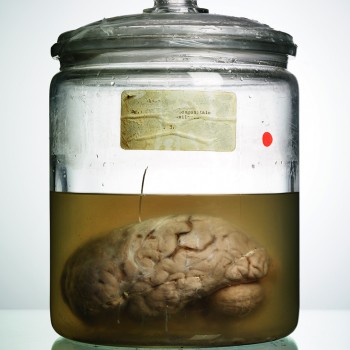 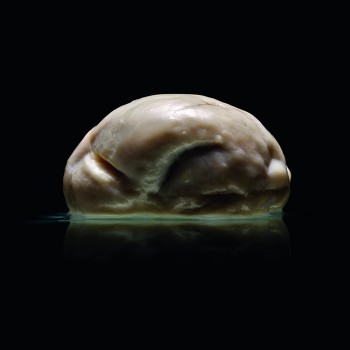 A book for lovers of the bizarre, disturbing, fascinating, beautiful, and gross! Fans of taxidermy, and other cabinet of curiosity staples, will jump all over this.

Hidden away out of sight in a forgotten storage closet deep within the bowels of the University of Texas State Mental Hospital languished a forgotten, but unique and exceptional, collection of 100 extremely rare, malformed, or damaged human brains preserved in jars of formaldehyde.

Decades later, in 2011, photographer Adam Voorhes discovered the brains and became obsessed with documenting them in close-up, high-resolution, large format photographs, revealing their oddities, textures, and otherworldly essence. Voorhes donned a respirator and chemical gloves, and began the painstaking process of photographing the collection. Desperate to know more about the provenance of the brains, Voorhes, together with journalist Alex Hannaford, traveled down the rabbit hole of the collection’s history.

Sifting through a century’s worth of university documents, the truth-seekers discovered that rival universities had bitterly fought over the collection. But after winning the “Battle for the Brains” (against Harvard University among others) the University of Texas at Austin secured the collection. Now, however, the collection has been reduced to half its original size and is in a state of neglect. Voorhes and Hannaford’s hunt for the medical records became a hunt for the missing brains, but with no scientific or medical documents to pair with the body of photographs, Alex began following the trail to the researchers who had worked with them and the caretakers in whose trust they were placed. The result of the duo’s efforts has been a revived interest in the collection with various science journals publishing writings and research about the brains. And the university is now creating MRI scans of the specimens and intends to showcase them at its new medical school. Alas, for now, the hunt for the missing brains seems to be far from over.