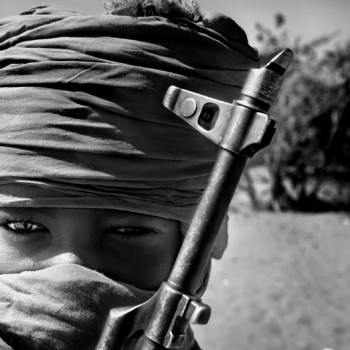 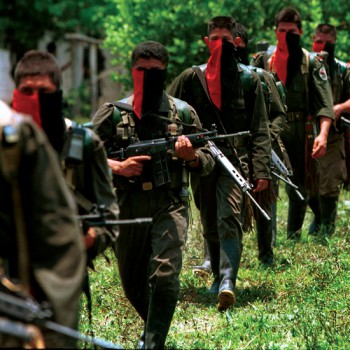 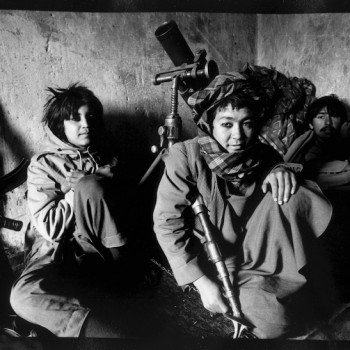 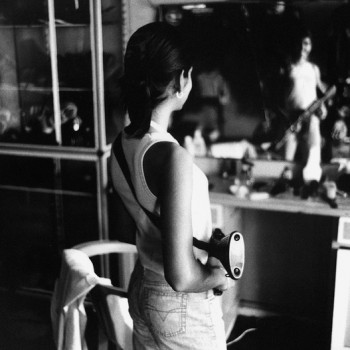 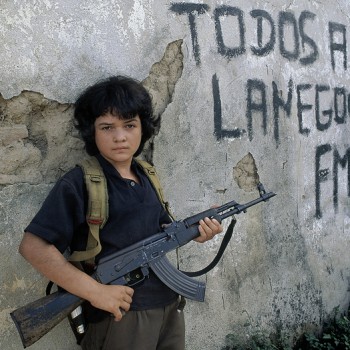 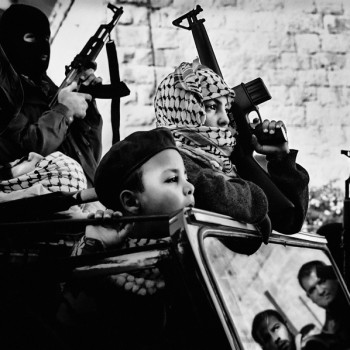 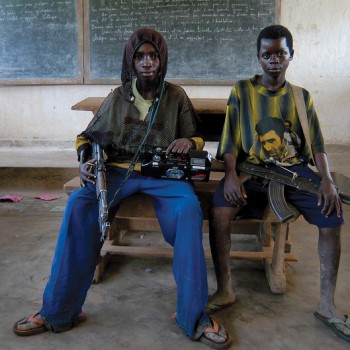 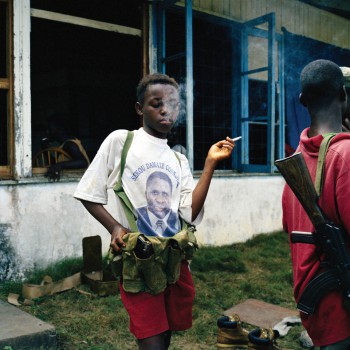 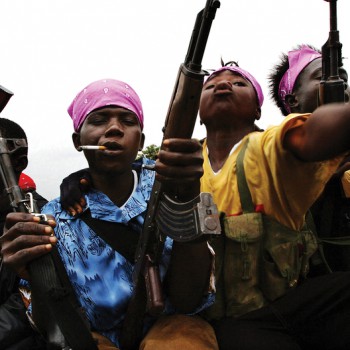 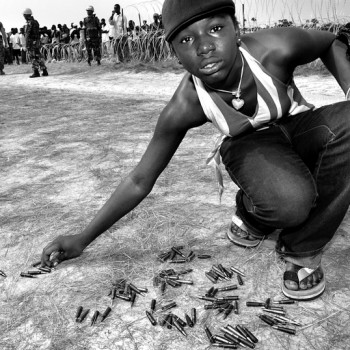 “I would like to give you a message. Please do your best to
tell the world what is happening to us, the children, so that
other children don’t have to pass through this violence.”
—A 15-year-old girl who escaped from
the Lord’s Resistance Army in Uganda

Up to half a million children have been engaged in more
than 85 conflicts worldwide. As armed conflict proliferates,
increasing numbers of children are exposed to the brutalities
of war. Boys and girls around the world are recruited to
be child soldiers by armed forces and militant groups,
either forcibly or voluntarily. Some are tricked into service
by manipulative recruiters, others join in order to escape
poverty or discrimination, while still others are outright
abducted at school, on the streets, and at home. Aside from
participating in combat, many are used for sexual purposes,
made to lay and clear land mines, or employed as spies,
messengers, porters, or servants. Kids have become the
ultimate weapons of 21st-century war.

Child Soldiers focuses on countries with a history of
child warfare, as captured by photographers and writers
from across the globe. The book explores the children’s
time as combatants, as well as their demobilization and
rehabilitation. Included are Tim Hetherington’s photographs
from Liberia; Roger Lemoyne and Cedric Gerbehaye’s work
from the Congo; Ami Vitale’s series on child Maoist recruits
in Nepal; and other work from Burma, Columbia, the Central
African Republic, Sri Lanka, Afghanistan, and Palestine.

Leora Kahn is the founder of Proof: Media for Social Justice,
a nonprofit organization whose mission is to create awareness
of the issues faced by populations in post-conflict societies,
and to encourage social change through the use of photography
and education. Kahn has served as the director of photography
at Workman Publishing and Corbis, and is currently at work on
global projects with Amnesty International, Participant Films,
and the United Nations. She recently edited the Lucie Award winning
Darfur: Twenty Years of War and Genocide in Sudan
(powerHouse Books, 2007), in collaboration with Amnesty, and
curated, with the Holocaust Museum Houstonan, an accompanying exhibit that will tour the U.S. this year. Kahn is currently
working on an exhibition in Rwanda with Aegis Trust about
Hutu rescuers during the genocide.