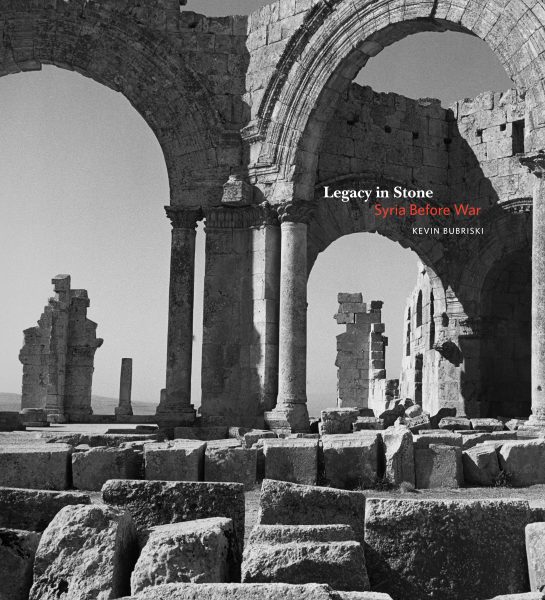 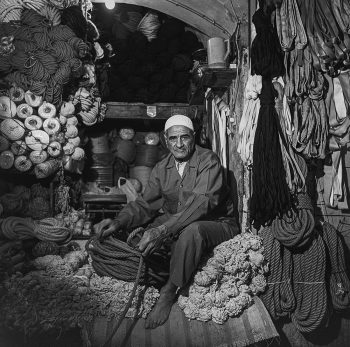 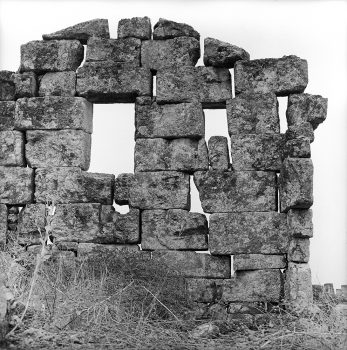 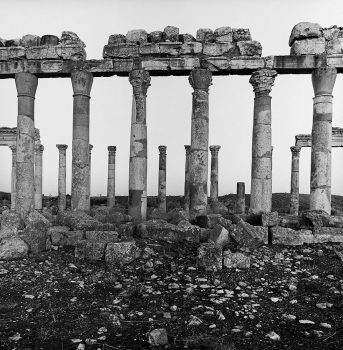 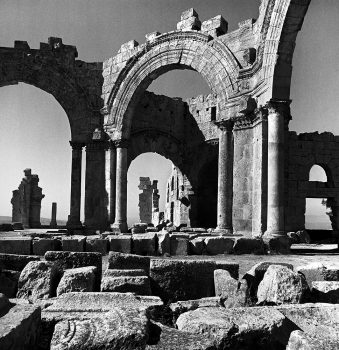 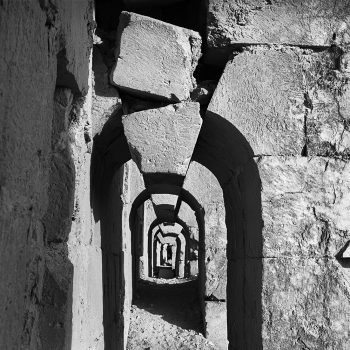 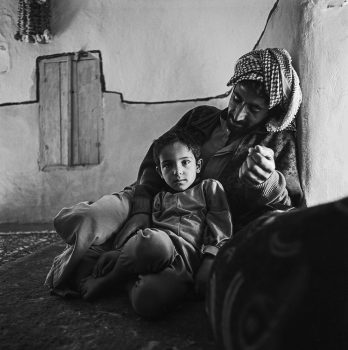 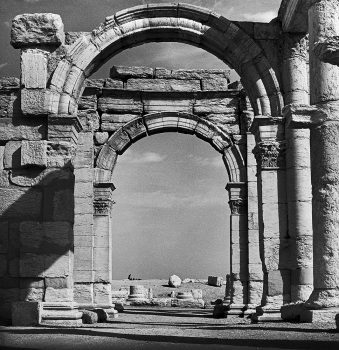 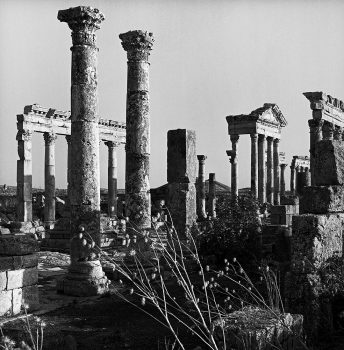 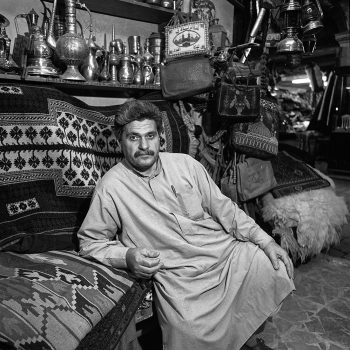 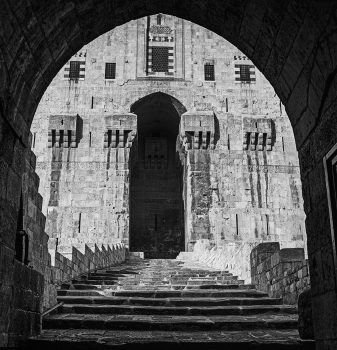 A collection of 100 black-and-white photographs taken throughout Syria in 2003, documenting many important ancient sites which are now no longer there due to the still on-going Syrian civil war.

Seven months after the start of the US war in neighboring Iraq, Kevin Bubriski was on two magazine assignments in Aleppo, Syria. At this time of conflict, he sought out assignment work in Syria because he wanted to photograph the deep cultural history there and the human face of Syria, its ordinary people and their daily lives.

Until the Syrian civil war started in 2010 the Aleppo, the Suq was considered to be the longest continuously inhabited place of commerce in the world, for well over two millennia. The Aleppo Suq and many of the places captured in his photographs have since been destroyed in the Syrian civil war.

After his assignments in Aleppo he stayed on in Syria to photograph independently throughout the northern early Christian Dead Cities, the basilica of San Simeon, the Christian pilgrimage sites of Serjila, al Bara, Kharab Shams, Mushabak, Baqirha, Qalb Loze, Resafe, early Islamic sites near Raqqa, and the ancient Roman trade cities of Apamea, and Palmyra. He remembers the absolute solitude of being in these ancient cultural sites with only his Syrian guide. It was the rainy season, it was Ramadan, and there was a new war going on next door in Iraq. There were no other travelers at any of the places he visited except for a small handful of German and Russian tourists at Palmyra, his last stop before returning to Damascus to travel home.

There was an eerie sense of discovery to be in these places of such rich history and haunting beauty. He recalls holding his breath as he saw the ruins before him take shape on the ground glass of the analog film Hasselblad camera, and feeling very fortunate for being a witness to the beauty of the ancient monuments.

Kevin Bubriski’s fine art photographs are in the permanent collections of the Museum of Modern Art, Metropolitan Museum of Art, San Francisco Museum of Modern Art, and Bibliotheque Nationale, Paris. Bubriski is a recipient of Guggenheim and NEA fellowships. Bubriski’s books include Portrait of Nepal (Chronicle Books, 1993), Pilgrimage: Looking at Ground Zero (powerHouse Books, 2002) and Look into My Eyes: Nuevoamericanos 1981-83 (Museum of New Mexico Press, 2016). His large retrospective monograph Nepal 1975-2011 was published by Radius Books and the Peabody Museum Press of Harvard University in 2014. Over the 2016-2017 academic year Bubriski was on a Senior Scholar Fulbright Fellowship in Nepal where he pursued his independent fine art photography in Nepal’s remotest regions. Bubriski is an Associate Professor of Photography at Green Mountain College.