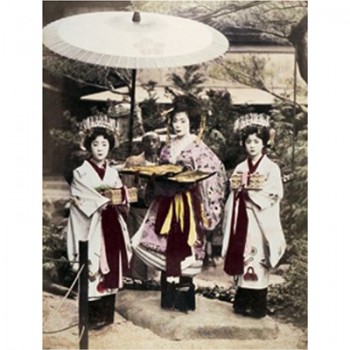 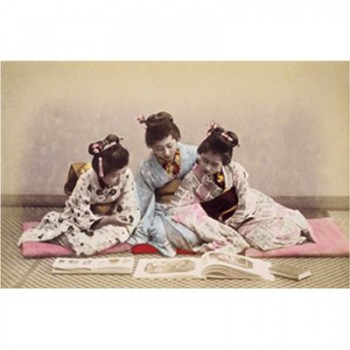 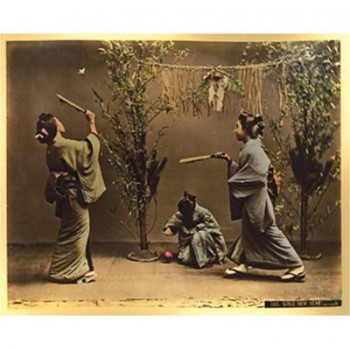 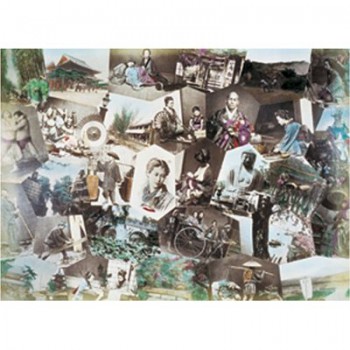 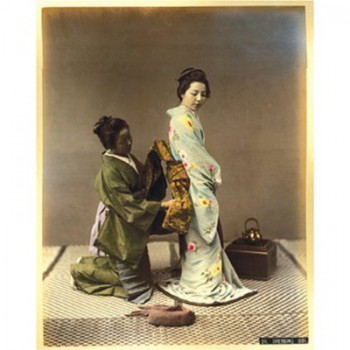 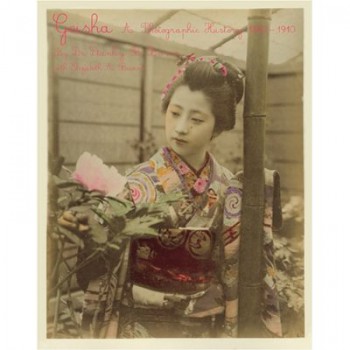 by Dr. Stanley B. Burns with Elizabeth A. Burns

Japanese geisha and courtesans intrigue and fascinate Westerners. During the mid-nineteenth century, Japan opened its doors to the world and became an essential destination for travelers. Tourists desired images of landscapes and traditional Japanese culture, which Japanese photographers provided. They created souvenir albums consisting of hand-colored photographs individually chosen by the tourist. Many are so beautifully painted that they challenge modern sensibilities familiar with color photography. The photographic conventions were inspired by the aesthetics of the noted colored woodblock print medium of ukiyo-e and the privately published surimono. These works depicted the “floating world”—courtesans, geisha, and entertainments—which also were intriguing subject matter for tourists.

In the seventeenth century, the social category of entertainer, or more exactly hostess and companion for men, was established—the geisha, Japanese for “artist.” Geisha are professional hostesses who train in the art of pleasing men, by performing traditional dance, playing instruments and singing, and intelligent conversation and humor. They were experts in tea ceremony and all aspects of dining. Their aim was to simulate the ambience and impression of Feudal Japan. It took years for an apprentice geisha (maiko) to learn the art, but the result was wealth, renown, and celebrity.

This book, Geisha: A Photographic History, 1880–1910, documents the intimate life and culture of the nineteenth-century geisha. It portrays these artists in a cultural reality created by staged studio photography, private scenes, and rare outdoor images. The geisha is pictured performing her daily rituals and various arts—bathing, dressing, hair styling, dining, dancing, and playing instruments. Images of courtesans and other working women are presented alongside the geisha to show all sides of this enchanting aspect of Japanese culture.

Dr. Stanley B. Burns, MD, a practicing New York City ophthalmic surgeon, is also an internationally distinguished photo-historian, author, lecturer, curator, and collector. For the last three decades he has concentrated on collecting photographs relating to unexplored areas of history and photography. The collection now contains over 800,000 images, including a comprehensive compilation of early hand-colored photography. Photographs from his collection have been featured in numerous publications, films, and museum exhibitions. The Burns Archive and Press, his stock photography and publishing entity, is a valuable photographic resource for both researchers and the media. Burns is also a consultant for Hollywood feature filmmakers and a contributing editor for seven medical specialty journals. Utilizing his unique collection, Burns has written seventeen award-winning photo-history books and hundreds of articles, and curated dozens of exhibitions. France’s Channel Plus created a documentary on his work as part of their series Great Collectors of the World.

Elizabeth A. Burns is the Creative Director of The Burns Archive and Press. She has curated and organized numerous exhibitions and books of photography, including Sleeping Beauty II. Among the exhibition topics she has prepared are early flight, spirit photography, criminology, Lewis Hine and the playground, African American history, and a special exhibition on respiratory disease entitled BreathTaking Photographs.