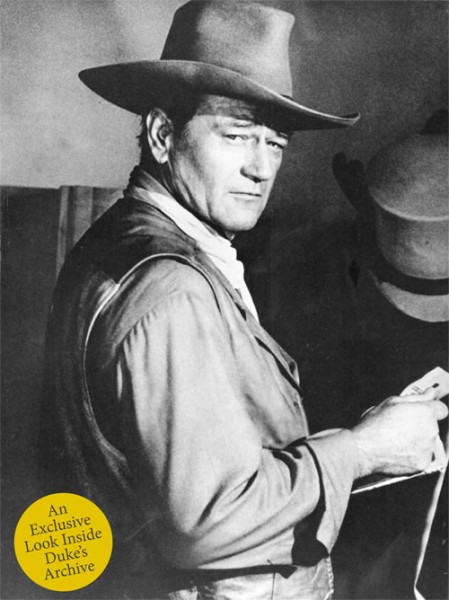 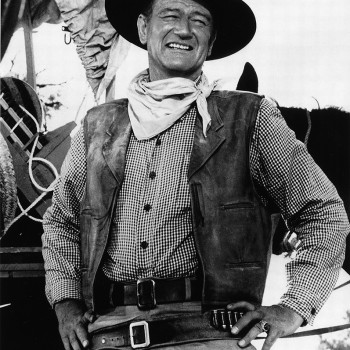 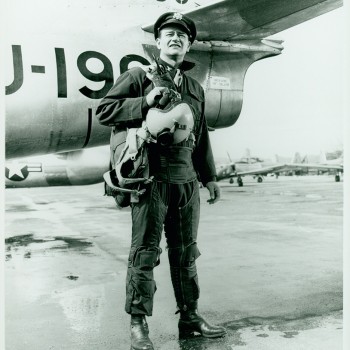 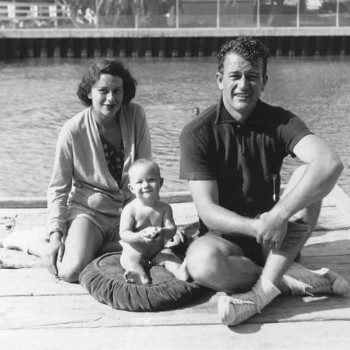 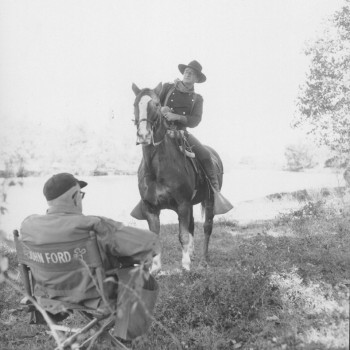 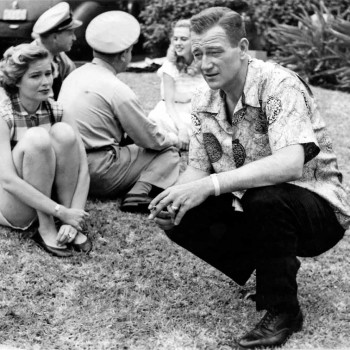 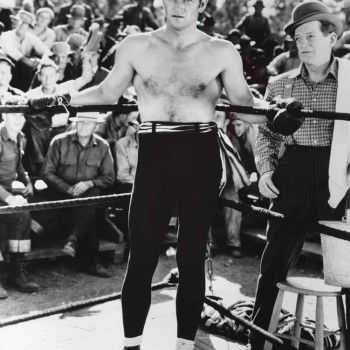 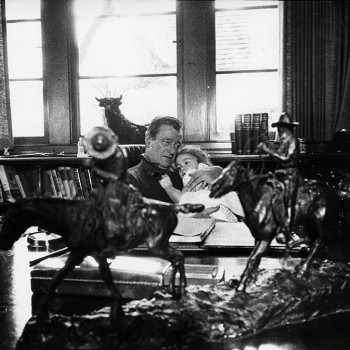 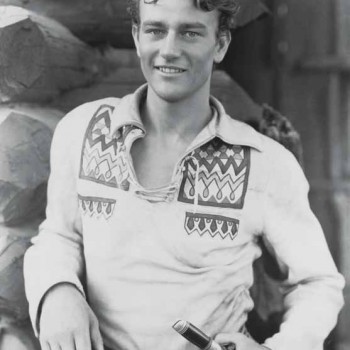 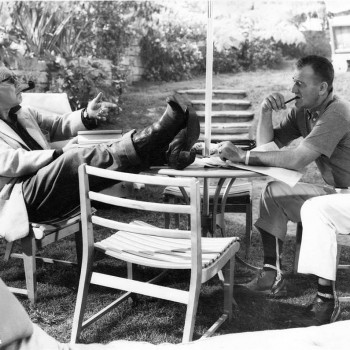 An undisputed American icon, John Wayne is recognized the world over for his signature drawl and confident swagger; the ultimate personification of American courage and honor. This fall, John Wayne Enterprises has chosen powerHouse Books to produce the first-ever exclusively authorized photographic record of his life, both on-screen and off.

John Wayne: The Legend and the Man celebrates Duke’s life and legacy through film stills and backstage photos and snapshots ranging from his cinematic masterpieces—True Grit, Rio Grande, Sands of Iwo Jima, The Quiet Man, The Man Who Shot Liberty Valance, Fort Apache, and The Alamo—to a surprising variety of early-career, leading-man films: Big Trail, Stagecoach, The Flying Tigers, They Were Expendable. Also included are a wide selection of fan mail art; family albums, photos from friends and loved ones, and the many treasures gathered over the years in his immense archive (famed film costumes, publicity photos exchanged with costars, telegrams and medals), many of the photos and these personal effects being published for the first time, and all from Duke’s personal archive.

Duke was more than just his on-screen persona—he was known by loved ones for his warmth, charm, charisma, passion, loyalty, and spirit. Through an in-depth exposé of the memorabilia, the private moments, the inner thoughts, and familial memories, John Wayne: The Legend and the Man captures both the man and the myth and furthers the legacy of this giant of American cinema.

“This wonderful collection of photographs gives us John Wayne the figurehead, John Wayne the actor, and John Wayne the human being. It’s a rich experience to look through these pages and see where Wayne’s three roles converged and diverged….And in all the photos, you see another, earlier America with different ideas of glamour, beauty, fashion, and behavior, a world that now feels as distant as the renaissance.

A movie-made hero…a superstar, one of the very first…an image of manhood…and a great American artist. This book affords us a generous look at John Wayne from every angle.”
—Martin Scorsese, from the Introduction

“In my acting, I have to identify with something in the character. The big tough boy on the side of right—that’s me. Simple themes. Save me from the nuances. All I do is sincerity, and I’ve been selling the hell out of that ever since I started.