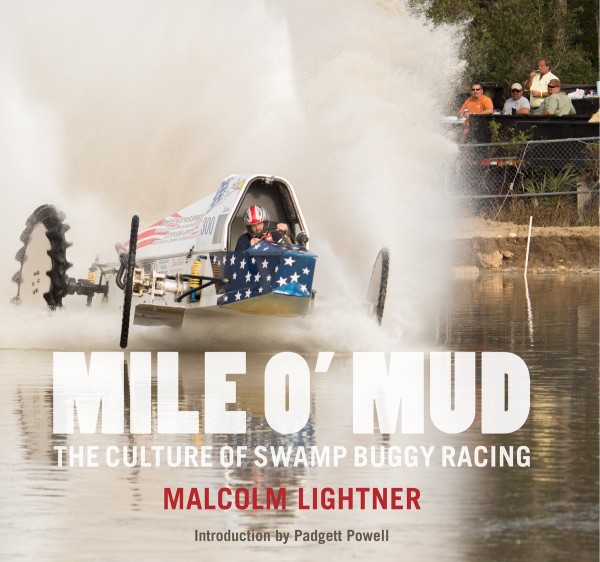 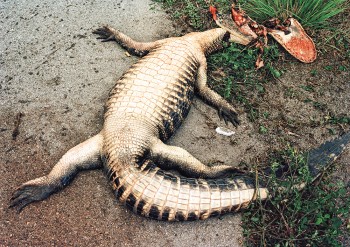 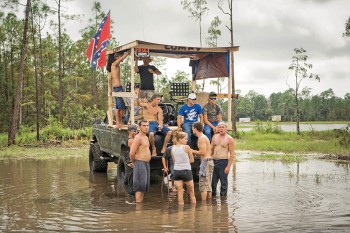 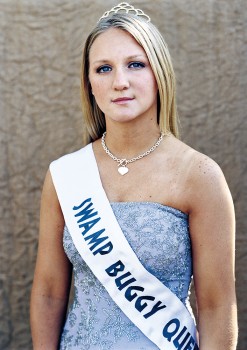 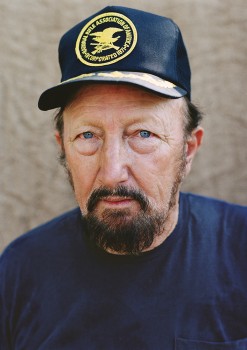 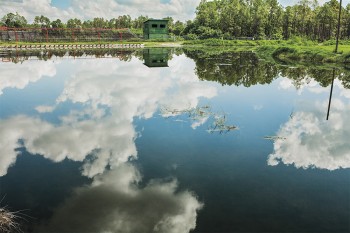 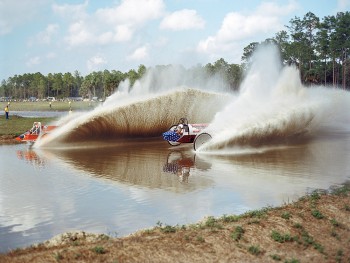 A native Floridian, photographer Malcolm’s first monograph, Mile O’ Mud, shows us his home’s beauty; scarred and raw, surrounded by lush blue sky and restorative greens and we witness a community unapologetically celebrating their colorful and unique history, full of wild abandon and enjoying every minute of it.

Churning the buttery muddy water at the Florida Sports Park, the swamp buggy races keep Florida’s frontier heritage alive. A bastard child to NASCAR, these custom buggies (part boat, part dragster) tear through terrain more like the lake in the center of Daytona International Speedway than the track surrounding it.

The Jeep class is designed to slog through with the driver’s head barely above water and the Pro-modified built exclusively for speed as they hit 75mph and dwarfed by their own four-foot wheels. Fans pile meat in baking pans and cans of Budweiser in boxes and stack themselves in bleachers, truck beds, and on top of home-made platforms to cheer for the Swamp Buggy Queen and pray for drivers’ quick recoveries when the track proves too treacherous.

Malcolm Lightner grew up down the street from the original “Mile O’ Mud” swamp buggy track off of Radio Road. After moving to New York in 1999, he returned at least once a year from 2002 to 2013 to document the races–missing only 2005 due to a hurricane forced cancellation.

MALCOLM LIGHTNER is a photographer who works and resides in New York. Born in 1969 in Naples, Florida, he is a fourth generation native Floridian. Malcolm has been the recipient of numerous awards and grants and his work has been featured in a range of exhibitions including Art + Commerce Emerging Photographers and NYPH (New York Photo Festival). Malcolm’s photography is included in the permanent photography collections at the Southeast Museum of Photography in Daytona Beach, Florida. His work has appeared in Dear Dave, The Oxford American, VICE, Aint-Bad and Life among other publications. Malcolm is a member of the photography faculty at the School of Visual Arts in New York City since 2002.