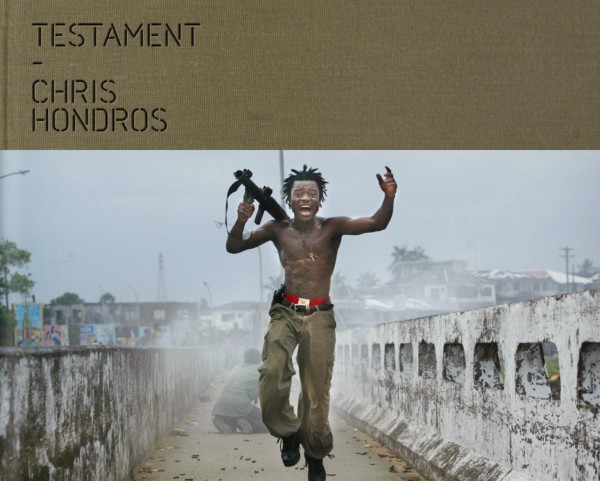 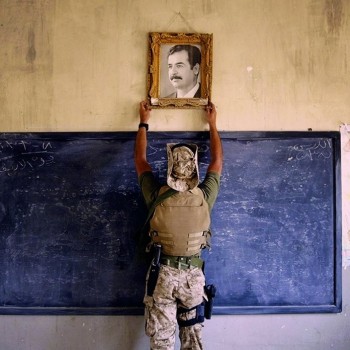 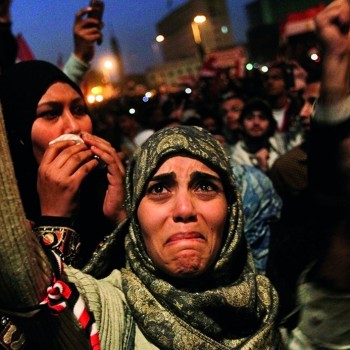 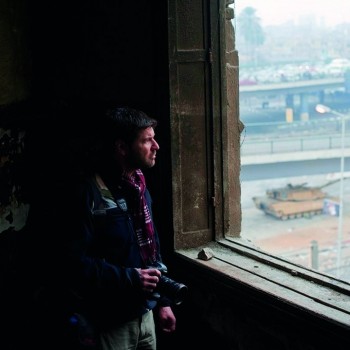 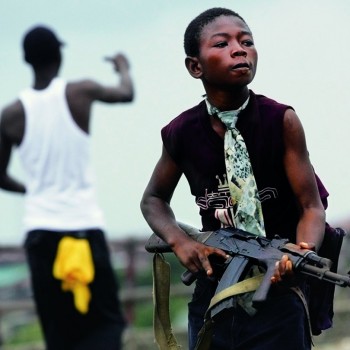 Testament is a collection of photographs and writing by late photojournalist Chris Hondros spanning over a decade of coverage from most of the world’s conflicts since the late 1990s, including Kosovo, Afghanistan, the West Bank, Iraq, Liberia, Egypt, and Libya.

Testament is a collection of photographs and writing by late photojournalist Chris Hondros spanning over a decade of coverage from most of the world’s conflicts since the late 1990s, including Kosovo, Afghanistan, the West Bank, Iraq, Liberia, Egypt, and Libya.

Through Hondros’ images, we witness a jubilant Liberian rebel fighter exalt during a firefight, a U.S. Marine remove Saddam Hussein’s portrait from an Iraqi classroom, American troops ride confidently in a thin-skinned unarmored Humvee during the first months of the Iraq war, “the probing eyes of an Afghan village boy,” and “rambunctious Iraqi schoolgirls enjoying their precious few years of relative freedom before aging into more restricted adulthoods.”

Hondros was not just a front-line war photographer, but also a committed observer and witness, and his work humanizes complex world events and brings to light shared human experiences. Evident in his writings, interspersed throughout, Hondros was determined to broaden our understanding of war and its consequences.

This unyielding determination led Hondros to take dozens of trips to Iraq and Afghanistan, even as the news turned elsewhere. During these “routine” trips, Hondros examined and observed daily life in these war-torn societies. His inventive Humvee picture series frames the ever-changing landscapes of these countries, offering a glimpse into the daily lives of those most affected by conflict.

“One of the ongoing themes in my work, I hope, and one of the things I believe in, is a sense of human nature, a sense of shared humanity above the cultural layers we place on ourselves [which don’t] mean that much compared to the human experience.”
—Chris Hondros

As a photographer working in the world’s most difficult and dangerous places, Chris Hondros had the distinctive ability to connect his viewers with people embroiled in far-flung and sometimes obscure conflicts. He recognized the shared humanity among those affected by war, regardless of culture or beliefs, and he was determined to share their challenges to the wider world in the hope of provoking thought, raising awareness, and fostering understanding.

In the introduction to the book, Getty Images Co-founder and CEO Jonathan Klein writes, “Chris believed that his work could and would make a difference. He dedicated and ultimately lost his life in pursuit of that belief. I have no doubt that Chris was correct. Images can and do influence public opinion, galvanize people and societies, and force governments to change. They bring much-needed focus and attention to the suffering of people who are otherwise unable to communicate their plight.”

Inspired by his life, work, and vision—The Chris Hondros Fund endeavors to bring light to shared human experiences by supporting and protecting photojournalists. Through their generous support, Getty Images’ proceeds from the sale of the book will be donated to the Fund. For more information please visit www.chrishondrosfund.org.

Chris Hondros (March 14, 1970—April 20, 2011) was an American Pulitzer Prize-nominated photojournalist. Born in New York City to Greek and German immigrants, both survivors of World War II, he moved to Fayetteville, North Carolina, as a child. After studying English literature at North Carolina State University and receiving a master’s degree from Ohio University’s School of Visual Communication, Hondros returned to New York to concentrate on international reporting.

Hondros covered most of the world’s major conflicts and disasters since the late 1990s, including work in Kosovo, Afghanistan, the West Bank, Iraq, Liberia, Egypt, and Libya. Hondros was also a frequent lecturer and published essayist on issues of war, and he regularly wrote for the Virginia Quarterly Review, Editor & Publisher, the Digital Journalist, and other news publications.

Hondros, a staff photographer for Getty Images since 2000, was a two-time finalist for the Pulitzer Prize in breaking news photography: in 2004, for his work in Liberia, and posthumously in 2012, for his coverage of the Arab Spring. During his career, he received dozens of awards, among them honors from World Press Photo, the Pictures of the Year International competition, Visa pour l’Image, and the Overseas Press Club, including the John Faber Award for his work in Liberia and the Robert Capa Gold Medal, war photography’s highest honor, for his work covering the conflict in Iraq.