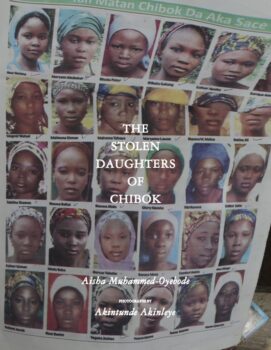 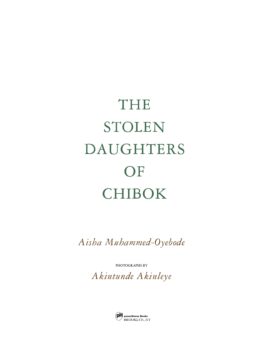 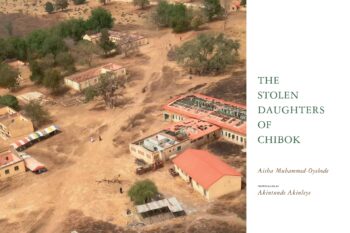 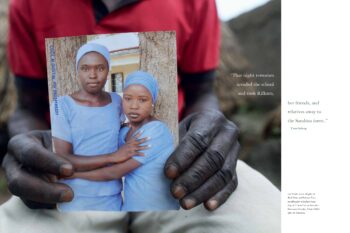 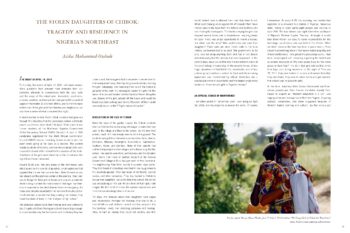 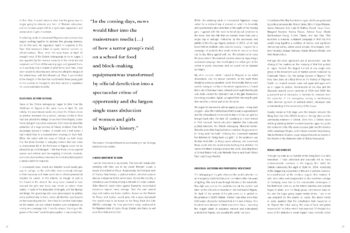 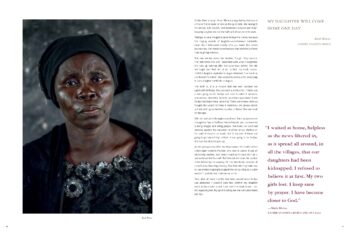 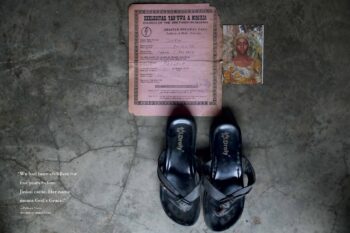 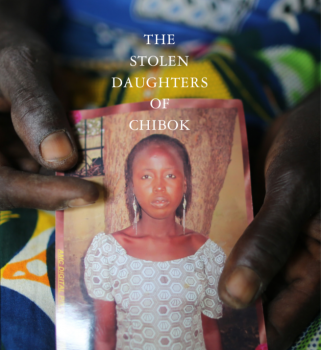 In the middle of the night on April 14, 2014, terrorist group, Boko Haram, abducted 276 girls from their secondary school’s dormitory in the town of Chibok, Northeast Nigeria. Over the following days, 57 girls managed to escape. For two years, 219 girls remained missing.

During the last four months of 2015, in the heat of the worst of the insurgency, Aisha Muhammed-Oyebode, the CEO of the Murtala Muhammed Foundation (MMF) in Nigeria embarked on a project to interview, photograph, and document the accounts of the parents of each of the missing girls. The MMF’s team managed to meet the relatives of 201 of them.

In May 2016, the first of the missing students, Amina Ali Nkeki, was found by the Nigerian military. In the intervening years, 107 more have made it home: four by Nigerian military/ para-military intervention, twenty-one by negotiated release in October 2016, and eighty-two more in May 2017; with both deals brokered by Switzerland and the International Committee of the Red Cross. Increasingly complicated negotiations between the Nigerian Government and Boko Haram continue for the 112 girls who remain captive. For the families of the girls, and for the Chibok community, the trauma of this experience remains a daily reality.

Words have a power that numbers can never have. The Stolen Daughters of Chibok is a collection of supplemental essays by acclaimed experts and interviews and photographs of 152 of the 210 Chibok families that were interviewed and photographed. It is a tribute to the girls, which aims to capture their lives before the abduction and to highlight how their families have struggled to cope afterward.

Aisha Muhammed-Oyebode is a development specialist, international non-governmental organization (NGO) expert, and human rights activist specializing in women and girls’ initiatives. Muhammed-Oyebode is the founder and CEO of the Murtala Muhammed Foundation, a non-governmental political advocacy organization dedicated to engendering socio-economic change on the African continent, which has positively influenced education; capacity building, and disaster risk management, particularly with the insurgency and terrorism in the north-eastern part of Nigeria.

She is a member of the Women’s Leadership Board of the Harvard Kennedy School’s Women and Public Policy Program. She is an advisor and country expert to the University of Pennsylvania Law Global Women’s Leadership Project, and an advisor to the United States Institute of Peace (USIP), as a member of its senior working group on Northern Nigeria. In addition, Muhammed-Oyebode is a co-convener of the Bring Back Our Girls Movement, formed in the aftermath of the abduction of over 200 girls from their school premises in the Chibok village of Borno State, Nigeria. She has an LLM in Public International Law from King’s College, University of London, and an MBA in Finance from Imperial College, University of London. She is a member of both the Nigerian Bar Association and Chartered Institute of Arbitrators. She is currently a Ph.D. scholar at the School of Oriental and African Studies (SOAS) University of London with a focus on gender and conflict.

Akintunde Akinleye is an award-winning photojournalist whose pictures center around photo activism and trial narrative subjects. His photography has traversed the turbulent times in Nigeria’s postcolonial history and reflects the nations undulating fortunes. A 2015 New York Times article noted that his work brings “kinetic landscapes to life”. The first Nigerian photographer to receive the prestigious World Press Photo prize in 2007, he also received the National Geographic All Roads award in 2008. Akinleye’s works have been published in TIME Magazine, Vogue and the New York Times. Akinleye works with Reuters and is currently conducting doctoral research in Visual Anthropology, focusing on the dynamic complexities of framing, visual material culture and representation at Carleton University, Ottawa, Canada.