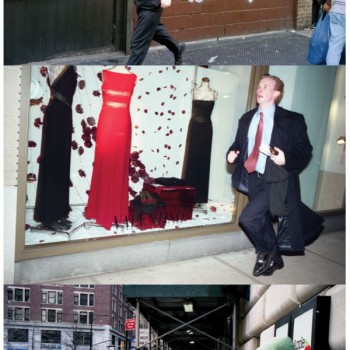 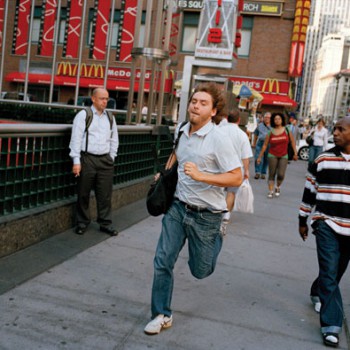 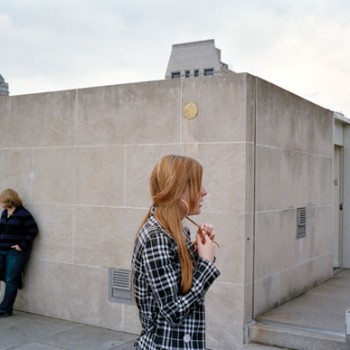 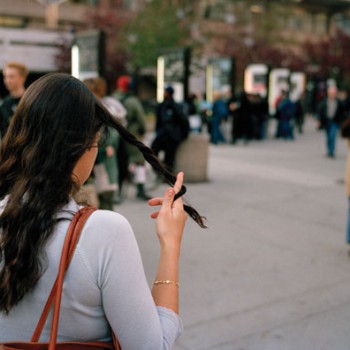 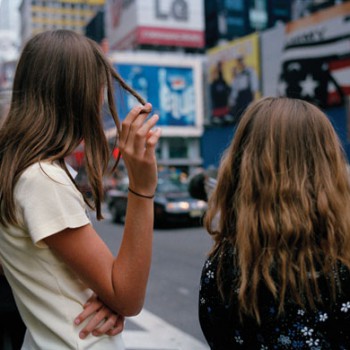 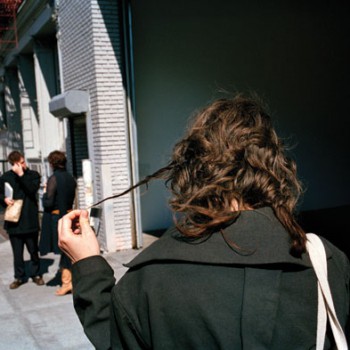 “Jeff Mermelstein is one of the great snapshot artists of all time, right up there with Garry Winogrand, Elliott Erwitt, Burk Uzzle, and Lee Friedlander. ”
—Glenn O’Brien, Artforum

“From Helen Levitt to Garry Winogrand to Philip-Lorca diCorcia, the tradition of New York street photography has attracted the medium’s best and brightest. It takes nerve to join their ranks these days, and Mermelstein has plenty of it. Working in color, he’s made some of the slyest, funniest street pictures of the past twenty-five years….”
—Vince Aletti, The New Yorker

“Jeff Mermelstein, I would say, is an absurdist with a sense of humor.”
—Max Kozloff

Twirl/Run, the second powerHouse artist’s book by Jeff Mermelstein, is a surprising combination of two extensive bodies of work—women twirling their hair and people on the run—whose dissonance creates a new way of observing our prevailing anxiety and sense of disorder.

Jeff Mermelstein, the son of Holocaust survivors, was born in 1957 in central New Jersey. His books include SideWalk (Dewi Lewis Publishing, 1999) and No Title Here (powerHouse Books, 2003). He is the recipient of an Aaron Siskind Foundation Fellowship and The European Publishers Award For Photography. His work has been published in many magazines including The New York Times Magazine, The New Yorker, Artforum, Aperture, and DoubleTake. His photographs are featured in the collections of The Art Institute of Chicago, The Museum of Fine Arts, Houston, The International Center of Photography, NY, and others. Mermelstein is represented by Rick Wester Fine Art, and lives with his wife and son in New York City.

Robin Hemley is the author of eight books of fiction and nonfiction, most recently Do-Over! (Little, Brown and Company, 2009). He has won many awards for his prose, including a Guggenheim Fellowship, The Nelson Algren Award for Fiction from The Chicago Tribune, and two Pushcart Prizes. He is a graduate of the Iowa Writers Workshop and currently directs the Nonfiction Writing Program at The University of Iowa. He lives in Iowa City with his family.

Greger Ulf Nilson has been working as an art director, graphic designer, and curator since 1980. In 2008 Nilson started GunGallery, a gallery for photography in Stockholm. He has also lectured in Sweden and other parts of Europe, and has won many prizes for his art direction and designs.