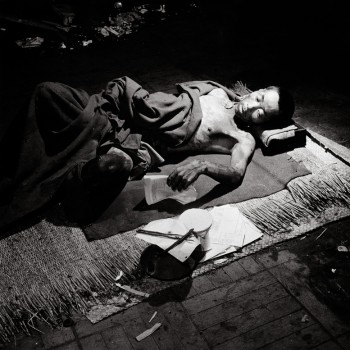 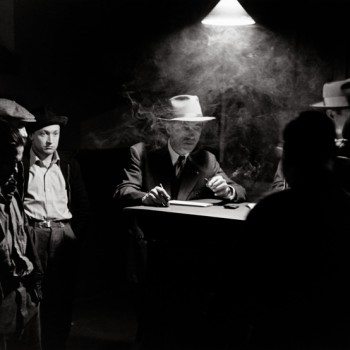 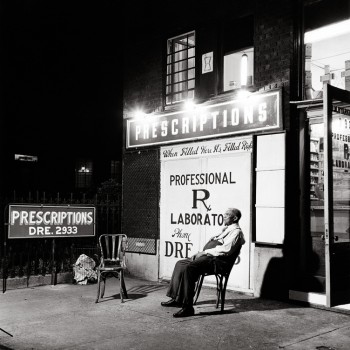 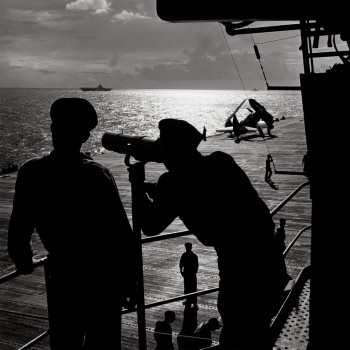 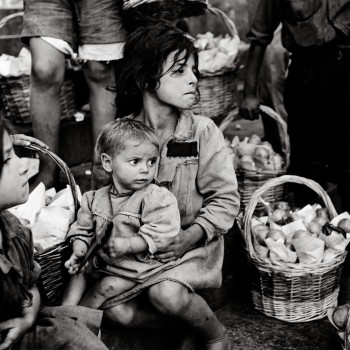 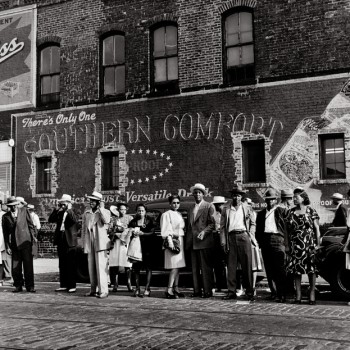 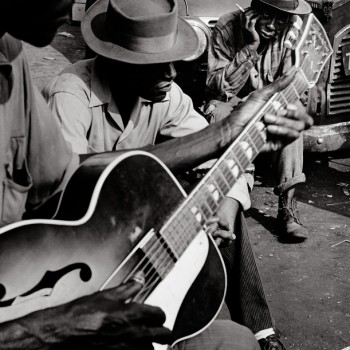 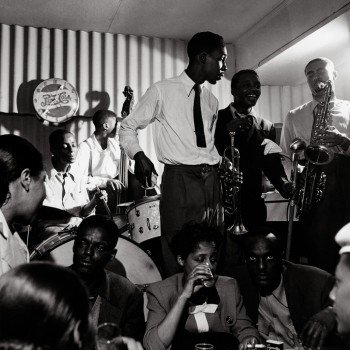 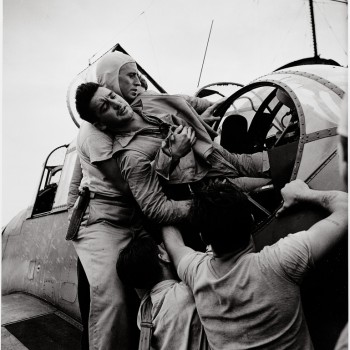 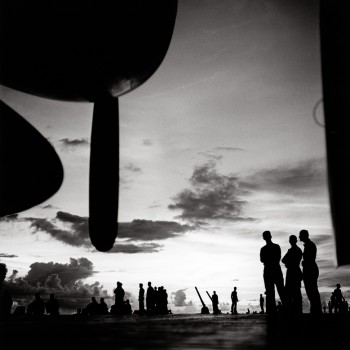 Wayne F. Miller: Photographs 1942-1958 is the visual chronicle of the evolution of Wayne Forest Miller, a largely self-taught photographer who gladly left art school in 1942 to embrace the full spectrum of experience offered by the Second World War. Operating as a combat photographer under his own orders, and answerable only to Captain Edward Steichen, United States Navy, as to the results of his efforts, Lieutenant Miller photographed everything of interest that he encountered, from boredom to horror. Those images document an integral part of the American wartime experience and are secured in the National Archives in Washington D.C. What set Miller’s work apart from many other war photographers was in part a peculiar empathy, whether creating images of our own soldiers or Japanese survivors of the atomic bomb; in his work he strove to “climb inside those people, and look through their eyes.”

That ethos is present in all of Miller’s subsequent work, from his unique and comprehensive study (supported by the award of two Guggenheim grants) of the citizens of the Bronzeville neighborhood of postwar Chicago to his equally groundbreaking documentation a decade later of the daily life of an American family. This present volume offers some of Miller’s finest imagery from several classic areas of his oeuvre, as well as little-known and heretofore unpublished works. Throughout the book Miller’s own words illuminate the viewing experience with remarks that are by turns amusing, informative, and thought-provoking. Missives and quotations are reproduced from luminaries such as Eleanor Roosevelt, W. Eugene Smith, and the fabled Edward Steichen.

Wayne F. Miller: Photographs 1942-1958 takes us to the midpoint of the career of one of the country’s most important visual artists and ends with his tremendously successful series that came to be published as The World is Young. This long overdue volume is an irreplaceable addition to American heritage.

Born in Chicago in 1918, Wayne F. Miller studied photography at the Art Center School of Los Angeles before joining the United States Navy in 1942, where he reached the rank of lieutenant. In the two decades following the war, Miller worked as a freelancer for Life, Fortune, Ladies’ Home Journal, Collier’s, and Ebony, received two Guggenheim fellowships, taught photography at the Institute of Design in Chicago, assisted Edward Steichen on the historic MoMA exhibit The Family of Man, and served as the president of Magnum Photos, among other achievements. He is the author of The World Is Young (Simon & Schuster, 1958) and Chicago’s South Side, 1946-1948 (University of California Press, 2000). He lives with his wife Joan in California.

Stephen Daiter has been a photography dealer since the late
1980s. Through his eponymous gallery space, he has overseen
the release of over 30 photo books and catalogues, including
This Was the Photo League: Compassion and the Camera from the
Depression to the Cold War and André Kertész: Observations,
Thoughts, Reflections (Stephen Daiter Gallery, 2001 and 2005).
In the last few years, Stephen Daiter Gallery has also evolved
into a showcase for recent and contemporary photography as
well as photo-based art.

Kerry Tremain is the editor of California magazine and a founder
and former director of the International Fund for Documentary
Photography. He edited and wrote the introduction to Witness
in Our Time: Working Lives of Documentary Photographers
(Smithsonian, 2000) and worked with Wayne Miller to curate the
traveling exhibition Chicago’s South Side.

Amy Dru Stanley is an American history professor at the University of Chicago and the author of the prize-winning book, From Bondage to Contract: Wage Labor, Marriage, and the Market in the Age of Slave Emancipation. She writes and teaches on the history of American culture, on slavery and freedom, and is at work on a new project on volition, will, and desire.

Fred Ritchin has been the picture editor of The New York Times
Magazine (1978–82), executive editor of CameraArts magazine
(1982–83), and founding director of the Photojournalism and
Documentary Photography Program at the International Center of
Photography (1983–86). He is now a professor of photography
and imaging at New York University’s Tisch School of the Arts
and a new media consultant to news and photo organizations.
His newest book, After Photography, will be published in 2008.