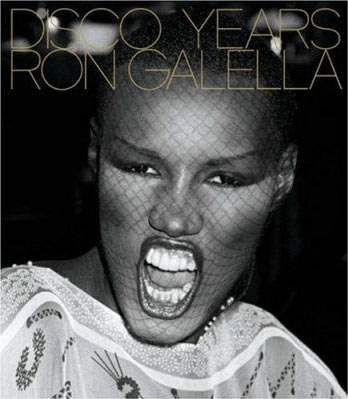 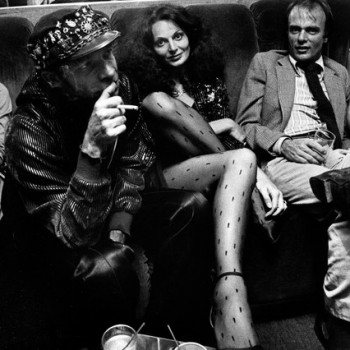 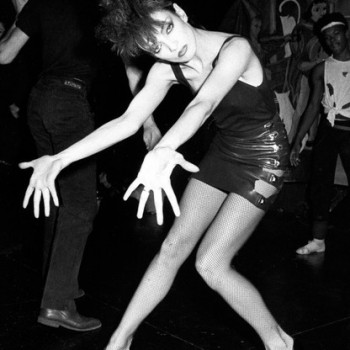 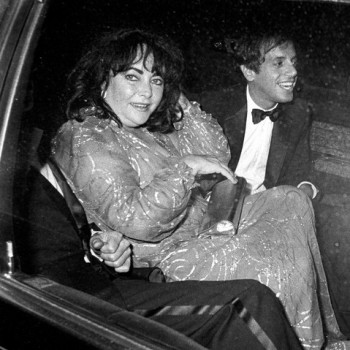 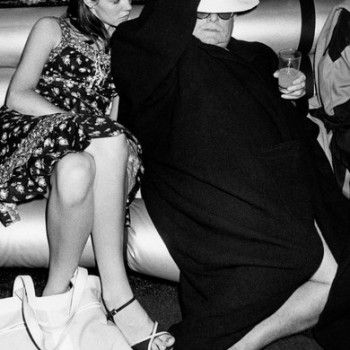 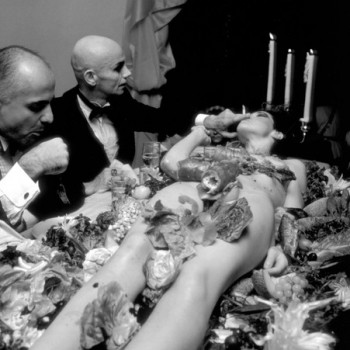 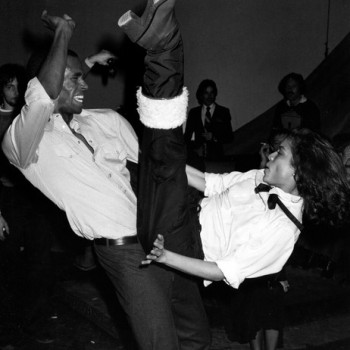 Ten editions of ten
Includes a clothbound slipcased copy of the book and eleven by fourteen inch silver-gelatin print, signed and numbered by the artist.

Much has been written of Ron Galella. Widely regarded as the most famous and most controversial celebrity photographer in the world—he’s been dubbed “Paparazzo Extraordinaire” by Newsweek and “the Godfather of U.S. paparazzi culture” by Vanity Fair—Galella is clearly willing to take great risks to get the perfect shot. As a result, he has endured two highly publicized court battles with Jacqueline Kennedy Onassis, a broken jaw at the hands of Marlon
Brando, and a serious beating by Richard Burton’s bodyguards before being jailed in Cuernavaca, Mexico. But ultimately, it is his passion for the fine art of photography, coupled with a dedicated do-it-yourself approach to his craft—few artists can claim his level of skill in making their own prints—that sees Ron’s body of work exhibited at museums and galleries
throughout the world, including the Museum of Modern Art in both New York and San Francisco, the Tate Modern in London, and the Helmut Newton Foundation Museum of
Photography in Berlin. Ron’s passion for photojournalism has also given rise to eight highly
acclaimed books including Disco Years, which was honored as Best Photography Book of 2006 by The New York Times, and Smash His Camera, a documentary of his life and career by Oscar-
winning director, Leon Gast (When We Were Kings, 1996), that will premiere at the 2010 Sundance Film Festival and compete for Best U.S. Documentary.

Tantamount to his recognition here at home, the government of Basilicata graciously honored Ron, whose father, Vincenzo Galella, was born in Muro Lucano, by making him an honorary citizen of the Italian region in 2009. Basilicata also opened Ron Galella: Italian Icons, a traveling exhibit of over 70 of Ron’s photos, at Palazzo Lanfranchi’s Carlo Levi Hall in Matera. In conjunction with the opening, Ron launched his most recent title, Viva l’Italia! (powerHouse books 2009), a collection of over 225 images of Italian and Italian-American celebrities from Frank Sinatra to Sophia
Loren.

A native New Yorker, Ron Galella served as a United States Air Force photographer during the Korean
conflict before attending the Art Center College of Design in Los Angeles, where he earned a degree in Photojournalism.

Ron’s body of work is currently made available for editorial use through wireimage.com. Please visit rongalella.com or email rongalella@gmail.com for media inquiries.

Anthony Haden-Guest is a writer, reporter, and cartoonist. He was born in Paris, grew up in London, and now lives mostly in New York. He won a New York Emmy for writing and narrating a program about the coming of Eurotrash to Manhattan. His books include True Colors: The Real Life of the Art World (Grove Atlantic, 1996), The Last Party: Studio 54, Disco, and the Culture of the Night (Morrow, 1997), and The Chronicles of Now (Allworth, 2002), a book of cartoons. He publishes in many magazines and writes a weekly column about the art world for the Financial Times.

Michael Musto is the writer of “La Dolce Musto” for The Village Voice. He has written for The New York Times, Vanity Fair, Interview, and TV Guide, among others. He was a correspondent on E!’s The Gossip Show and is a commentator on channels like MSNBC, AMC, TV Land, and VH1. Musto is the author of Downtown (Vintage, 1986), a nonfiction guide to Gotham happenings, and Manhattan on the Rocks (Henry Holt & Co., 1989), a docu-novel about New York’s levels of social strata.