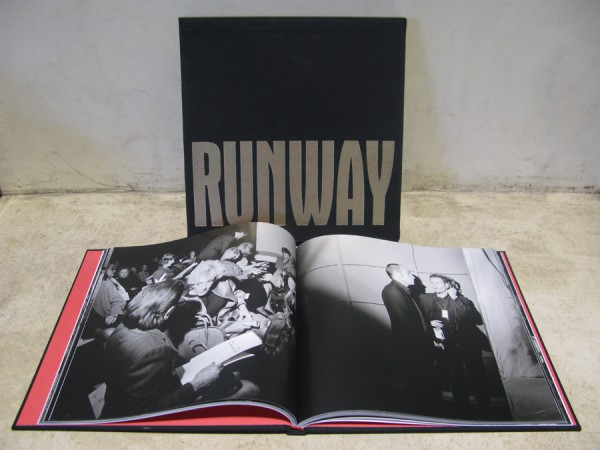 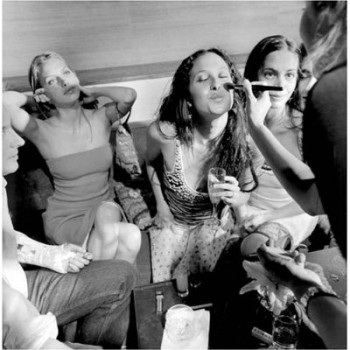 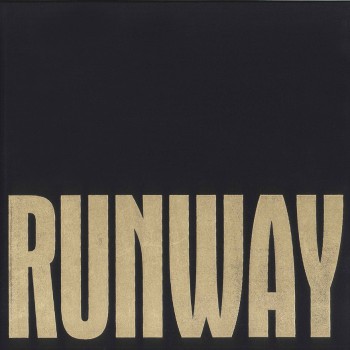 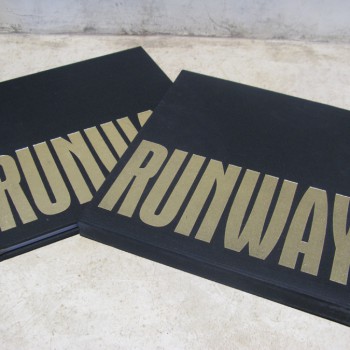 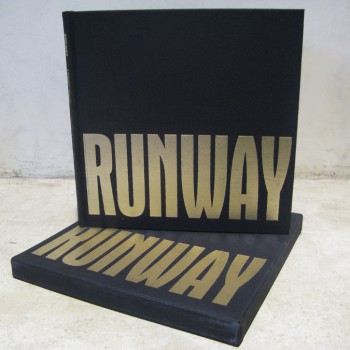 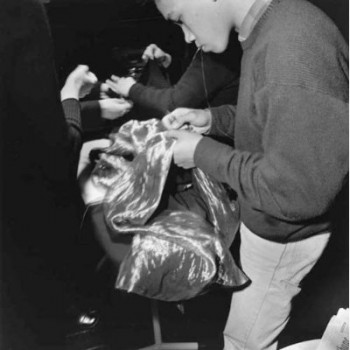 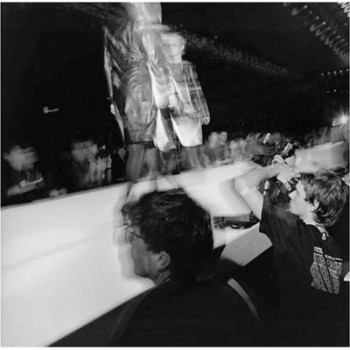 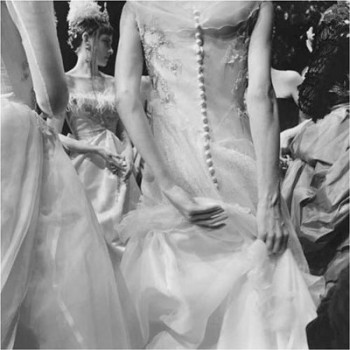 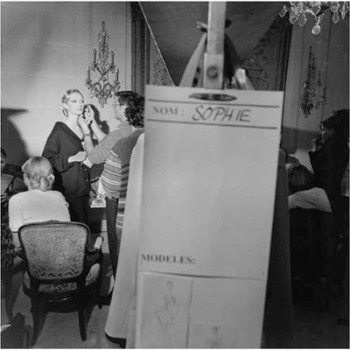 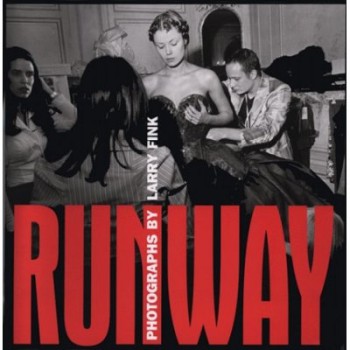 Acclaimed master photographer Larry Fink’s behind-the-scenes photographs from the world of fashion and couture have graced the pages of America’s top beauty, style, pop culture and literary magazines (W, GQ, Detour, Vanity Fair, The New Yorker, Vibe) and his inimitable take on the biz has resulted in special commissions by the likes of Gianni Versace, Christian Lacroix, and Donna Karan, offering Fink carte blanche front row and backstage access.
The seemingly surreptitiously captured dioramas in Runway of fashion week worldwide, special collection debuts, and industry functions provide a surreal glimpse of the famous players, the dutiful minions, and the style czarinas at work in the 90s’ most dynamic celebrity-driven industry. Glomming looks and gleaning style from the shows in Milan, New York, and Paris, Fink’s distinctive take of the perversely unusual world of fashion teases, baits, and whets our morbid fascination with its glamour with humor—and style—like no other photographer possibly could.

Runway, along with his well-received book Boxing, comprise a visionary bipolar look at power in America: the brutish and the polished, the transparent and the multilayered, the vulnerable and the commanding. Guess which is which.

Larry Fink is a two-time National Endowment for the Arts Fellow, a Guggenheim Fellow, and a professor of Photography at Bard College. His book Boxing, with text by Bert Sugar, was published by powerHouse Books in 1997; his monographic classic Social Graces was re-published by us in 2001. Fink lives on a farm in Martins Creek, Pennsylvania.

Guy Trebay, a Pulitzer Prize nominee and CFDA award winner for his work on fashion, has been a columnist for The Village Voice for twenty years. Born in the Bronx, Trebay has published his work on politics, fashion, and culture in The New York Times Magazine, The New Yorker, Details, Vibe, Condé Nast Traveler, Harper’s, Esquire, Grand Street, and Vogue among other national publications.