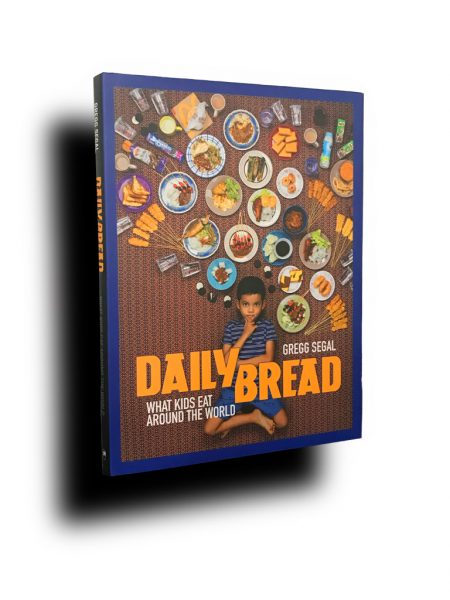 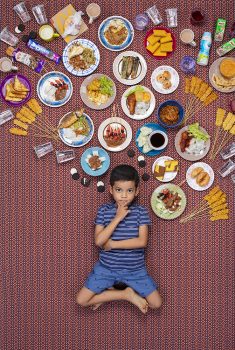 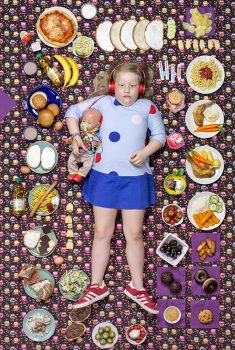 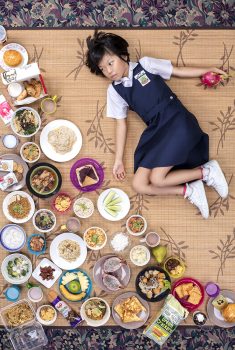 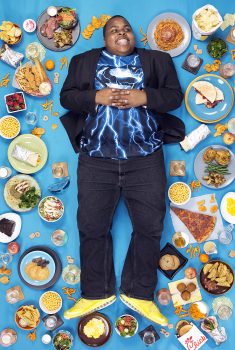 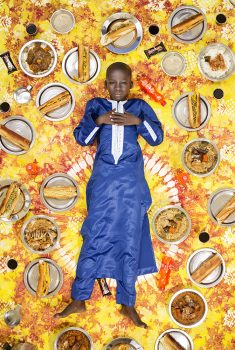 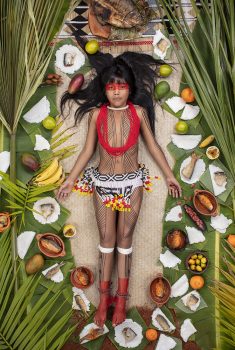 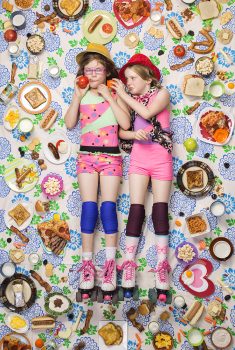 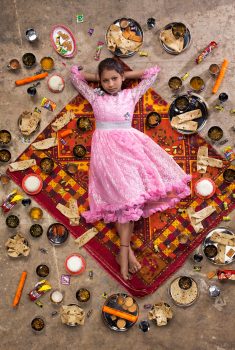 As globalization alters our relationship to the world around us, photographer Gregg Segal has embarked on a world-wide project asking kids of many nations to take his “Daily Bread” challenge, wherein they keep a detailed journal of everything they eat in aweek–which Segal then stages as an elaborate portrait of the child surrounded by all the meals and snacks they consumed. The colorful and hyper-detailed results tell a unique story of multiculturalism and how we nourish ourselves at the dawn of the 21st century.

From Los Angeles to Sao Paulo, Dakar to Hamburg, Dubai to Mumbai we come to understand that regardless of how small and interconnected the world seems to become each year, we still discover diverse pockets of traditional cultures on each continent, eating largely the same way they have been for hundreds of years. It is this rich tapestry that Segal captures with care and appreciation, showcasing the page-after-page charm of Daily Bread. Contrasted with the packaged and processed foods consumed primarily in developed nations, questions about health and sustainability are raised and the book serves as a catalyst for consideration of our status quo.

There’s an old adage, “the hand that stirs the pot rules the world.” Big Food is stirring the pot for children all over the world. Nonetheless, there are regions and communities where slow food will never be displaced by junk food, where home cooked meals are the bedrock of family and culture, and where love and pride are sensed in the aromas of stews and curries.

In an aluminum shack on a construction site on the outskirts of Mumbai, 10-year-old Anchal Sahni sits down to dinner with her family. Her father makes less than $5 a day, but it’s enough for her mother to buy okra, eggplant and the other ingredients she uses to prepare her homemade curry. She makes roti from scratch, too, rolling it out and kneading it on the floor of their hut. Anchal’s mom keeps alive a generations’ old food culture, using simple recipes handed down through the generations–and because of this tradition, her daughter has a healthier diet than many middle-class kids in India who can afford to buy fast food, a status symbol in cities like Mumbai.

In Catania, Sicily, Amelia Govia is surrounded by vibrantly colorful foods: green broccoli, purple beets, orange melon, yellow squash, plump red strawberries. In the Mediterranean, people spend a larger portion of their income on fresh produce rather than filling their freezers with processed, packaged foods. In fact, outside of a single pizza box, you don’t see any packaging in Amelia’s meals; everything is homemade, which is not only pleasing to the eye, but easy on the environment; the more we prepare our own meals from whole foods, the less waste we generate.

Gregg Segal studied photography and film at California Institute of the Arts, dramatic writing at New York University, and education at The University of Southern California. Segal’s photography has been recognized with awards from American Photography, Communication Arts, PDN, Investigative Reporters and Editors, The New York Press Club, the Society of Publication Designers, and the Magnum Photography Awards. Segal’s portraiture and photo essays have been featured in Time, GEO, The Independent, Le Monde, Stern, Fortune, National Geographic Adventure,and Wired, among others. Segal lives in Altadena, California with his wife, son, and
dog.

Bee Wilson is an award-winning food journalist and historian who writes for a wide range of publications including the Wall Street Journal and The Guardian. She is the author of six books on food-related subjects including First Bite: How We Learn to Eat and Consider the Fork. Her next book is The Way We Eat Now. She is the chair of TastEd a charity that offers sensory food education to help change a child’s relationship with food for the better. She lives in Cambridge in the U.K.