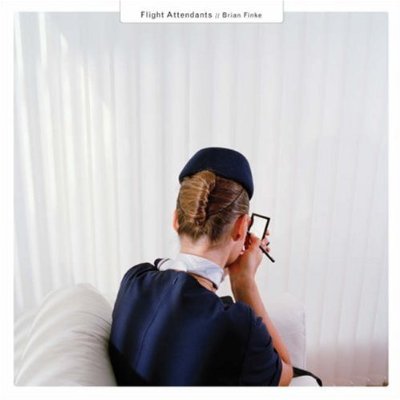 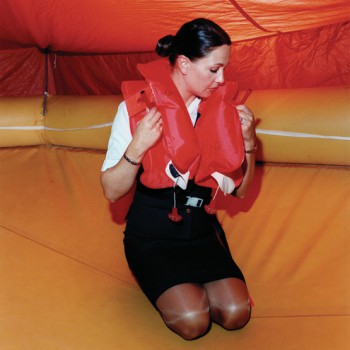 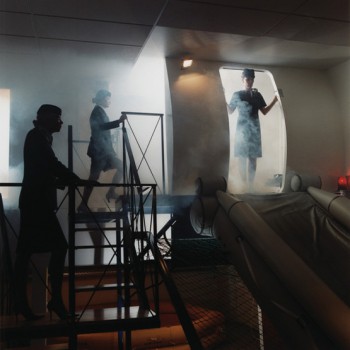 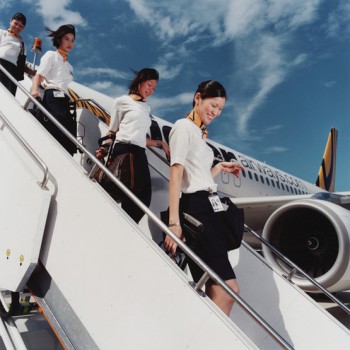 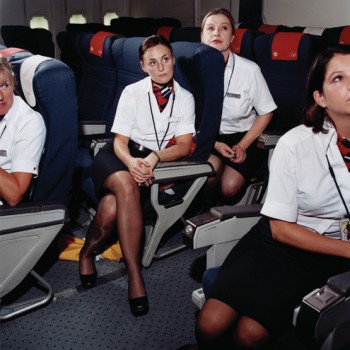 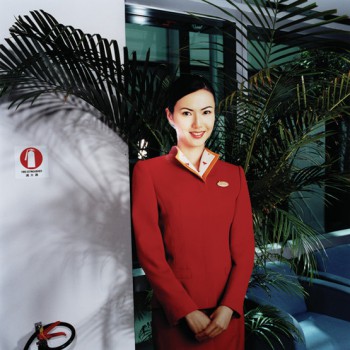 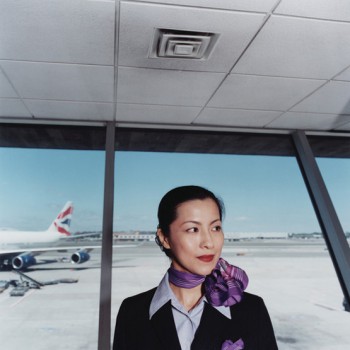 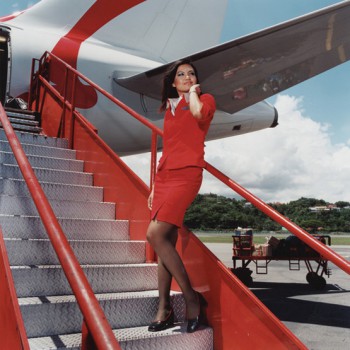 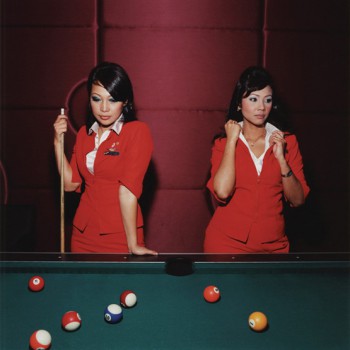 The result is Flight Attendants, a vibrant document of those adventurous souls who choose to work at 40,000 feet. Shot before, during, and after trips, at school and at home, Finke’s photographs capture the allure of this high-flying profession alongside the more quiet moments of the attendants’ daily lives. Like his previous collection of cheerleaders and football players, 2-4-6-8, Finke is drawn to the distinctive dynamics of team formation, focusing on uniformed individuals executing practiced actions—whether on the playing field or in the air. With an eye for the iconic as well as the absurd, Finke seamlessly blends the glamorous with the casual, offering a memorable look at the men and women of air travel.

Raised in Texas and schooled in New York, Brian Finke defined himself as a documentary photographer at the World Press Photo Masterclass in 2001 and was awarded a New York Foundation for the Arts Fellowship for Photography in 2004. The author of 2-4-6-8: American Cheerleaders and Football Players (Umbrage Editions, 2003), Finke has also exhibited his work in New York City, Los Angeles, Paris, Chicago, and Houston, among others. Finke lives in New York City with his wife Lisa Daniels and son Oli.

Alix Browne is the Deputy Style Editor of The New York Times Magazine and a freelance writer based in New York City. She has logged more than 1 million frequent flier miles on American Airlines.

Alison Nordström is the Curator of Photographs at George Eastman House International Museum of Photography and Film in Rochester, New York. Previously the Director and Senior Curator of the Southeast Museum of Photography in Daytona Beach, Florida, she has curated over 100 photographic exhibitions and is the author of several monographs as well as numerous articles in scholarly journals. She is particularly interested in contemporary art that mixes media and disciplines, and in projects that trace the histories of representation. Nordström holds a BA in English Literature, an MLS with museum emphasis, and a PhD in Cultural and Visual Studies.